I needed a minute. 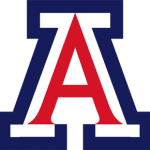 You know, a hot second to recompose, figure out what the hell was going on because this is foreign to me. I’m twenty-seven years old and have only once experienced a March sans the cardinal and navy (2010). That was a tough one but 15-14 teams don’t get At-Larges so I had a lot of time to prep for that (I’m also talking like 3 years as the whole damn program was bottoming out).

So, now I find myself here.

I don’t know what channel NIT games are on, which days they’re played, or if they’re even scored the same way. What the hell does the bracket look like? Do they even have those? Has anyone, anywhere, ever taken a three-and-a-half-hour lunch break at Hooters to watch the NIT? I’m left wondering if maybe we can get Gus Johnson to call one of the games or at least have Jim Nantz to glance at it. Do the letters actually stand for something? Does the winner get a Shining Moment or is it just a “We’re #65” tee? Does Luther Vandross give a shit?

This feels like the ultimate “if a tree falls in the forest” scenario.

But I’m going to get behind this. I could do some kNITting. Because life is about growth. Our greatest moments, grandest achievements, our championships, are the collective of our reactions to the things we may not like.

Take Batman for example. How full rock bottom was that fool at the end of the Dark Knight? All of Gotham thought he’d just killed Harvey Dent, his vigilante justice no different than the crime lords in a city lawlessness. Batman had to go away before he rose again.

And I know you’ve watched that trailer. Are you effing kidding me? Not only is that movie about to be other worldly bad ass, but Batman comes back stronger than ever – completing our metaphor – the hero we’ve adored, need, and cherish.

Bring on the Bucknell I-don’t-care-who-your-mascot-is’s. The ‘Cats will take care of Kansas’ unfinished business. Oral Roberts? Sounds like something I’d look up on Urban Dictionary and get grossed out by (alas, it is). Nevada? I’ll pass and roll right on to Tahoe, uh-thanks. Stanford and Cleveland State? Rolled and stomped. Illinois State? It won’t even come down to playing them but the lop sided score they’d be subjected to would likely cause the Red Birds to fire their coach then holler at the recently unemployed Bruce Weber who’d then write a book about it. Mississippi? Any team that’s sustained a three game losing streak to Southern Miss, Middle Tennessee State, and Dayton will get beat.

Anyhow, that’s what they call “Region 4” and I don’t quite know what else to make of it.

I took my minute to recover, found the silver lining, and grabbed me some knitting needles and one of these (that looks so weird). It’s disappointing and monumental to not dance but like Harvey Dent said, “The night is darkest before the dawn. Bear down.”

7 thoughts on “BB: Full NIT Support Because it’s like Batman”