And then there were two. 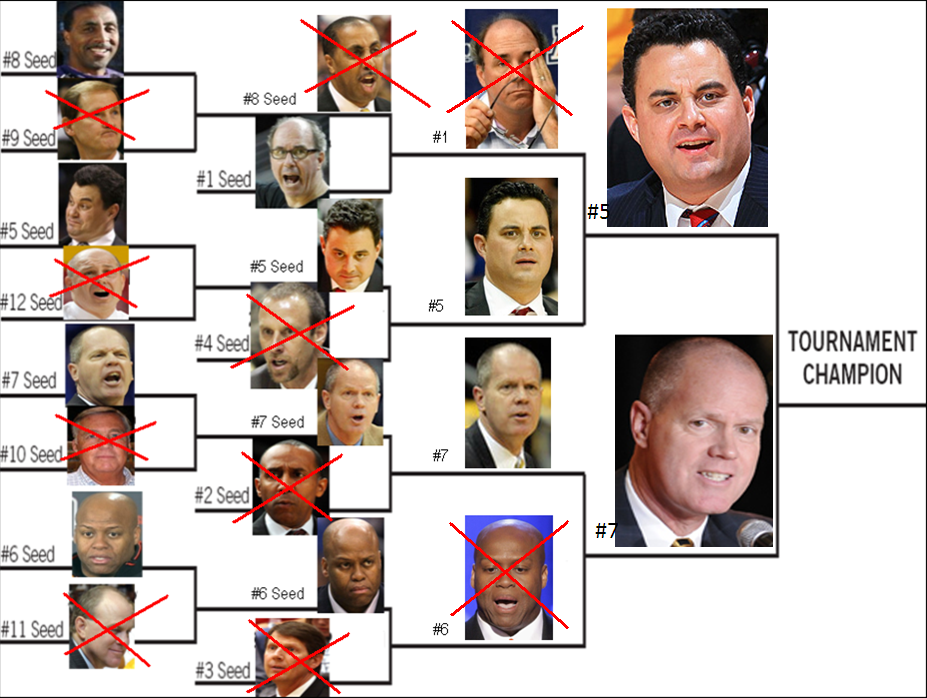 Just like that first Monday in April, two remain standing. A pair of powerhouses built to endure, engineered to abuse, wired to win.

Sean “Whooping” Miller defeated Kevin “Bruisin’ Boozin’ Bozo” O’Neill in a tightly contested match up that saw KO lead for much of the bout. It somewhat paralleled their respective employments at the University of Arizona as O’Neill commanded the lead role before quietly and quickly being relieved of those duties in favor of the younger, more adept and successful, Miller. Which is how Whooping rolls: winning.

In our other semifinal fight (aka The Dome Bowl) the Colorado Cranium [insert destructive verb here]. There was nothing left in CRob’s tank as Boyle jumped to something like a 38-0 lead before I noticed an IP address in Phoenix finally voted for the Capacious Corvallion. You wanna talk mercy? Phoenix is as red a votership as they come. Alas, Tad is in the ‘ship that could break the internet (probably not though because everyone’s hard over The Wire still and Grantland is behind it so that’s the faux bracket to break the interwebs).

So again, here we are, a shining moment of sorts, that instance where the spotlight shines on two with the opportunity to stand alone as Death Match Champion. I repeat: Champion.

One thought on “Semifinals Takedown Shakedown: On to the ‘Ship”