Instead of watching the NIT I went to the Air Sex Championships and watched drunkards faun climax on a stage to R&B jams while either taking themselves far too seriously (so uncomfortable) or performing with a hint of jest befitting an event called “Air Sex.” It was a show about pretending to be a part of a bigger act than they actually were a part of.

So while I was at said show, a pair of Pac teams took to Madison Square Garden in their respective NIT semifinals. Stanford prevailed, defeating UMass while the Washington Huskies’ season came to an accordingly odd close. It was a show about pretending to be a part of a bigger act than they actually were a part of.

I won’t go into elaborate sexual analogies, likening Washington or Stanford’s time in the NIT to a night at the bar, their subsequent efforts with variedly intoxicated coeds, or even expand much on them as Air Sex participants. But as I watched awkward gyrations, discomforting facial expressions, and hysterical adult reenactments of Goldy Locks and the Three Bears while also checking these game scores on my phone, I couldn’t help but recognize the fact that neither of these parties were in the “Big Dance.”

Because that’s the end goal, right? The real deal.

Washington made a run of it, strengthening my belief in Romar as a motivator of talent. It didn’t last long enough (pun) however, and Tuesday served as a Husky microcosm, highlighting what plagued them all year: effort, intensity, turnovers, depth. It was no doubt a difficult pill to swallow for the Washington faithful, but you can only fake it so long. Husky hearts were broken on that Sunday, lightly resuscitated in hosting and beating Oregon, then laid to rest by Minnesota.

As for Stanford, their path to the NIT was a touch different from being labeled the first ever major conference champ not to receive an NCAA invite. Perhaps this motivates them differently and if you saw some of the Air Sex participants you’d realize that this show very well may have been the closest they’d been to the real deal in awhile. Kinda like Stanford’s eight year hiatus from the NCAAs. So yeah, Stanford is into it. They’ll play tomorrow for an NIT championship and as I explained at Pacific Takes, making it to the NIT finals is a fortuitous sign. By my math, Stanford has a 70% chance of making next year’s NCAA tournament. Probably better than Andrew Zimmerman’s odds at the bar: 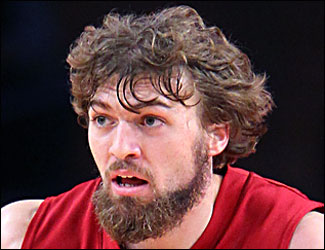 The Cardinal and Huskies and Air Sex participants performed with variable motives, histories, and results. None had the chance at the real thing. And there’s a takeaway here: Getting close to the main event can be a lot of fun and say a lot about you.

Seriously though, if an Air Sex show comes to your town, it’s worth your time. Find it.