This may be the toughest of the awards to choose. I feel like so much of this pick gets set upon a team’s expectations which is so dramatically far from fair. A coach can do a very good job with a very bad team that just wasn’t very good (LoRo this year is a pretty decent example of that).

When I’m making a pick like COY, I like to look at the team’s general body of work and ask questions like: Did they get better? Did they win at home? Did they eek out a couple they maybe shouldn’t have? Did they lose games they shouldn’t? How did they respond to adversity? How much would I want to have a beer with this guy? Important stuff.

NOTE: I think image searching/trolling for pictures of Pac-12 coaches is in my top 17 things to do in life.

The candidates and then the field: 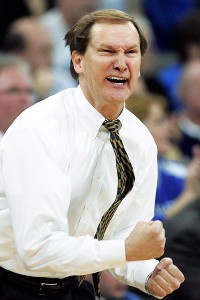 Certainly when subscribing to the expectations-reality model, this guy is the guy. Picked to finish seventh, they’re now in the driver’s seat to finish first. That’s a big gap. But maybe he just straight up had that good of a team. Whatever. Point is, Dana has lead a group to sound play since November and done a masterful job in ensuring his team managed to weather the injury storm to Dominic Artis. 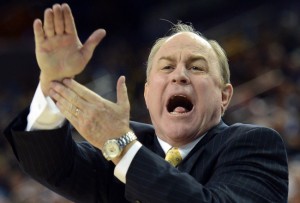 I think a lot of people are going to hate seeing his name on the COY list (I see you BruinsNation) but Ben’s group has rebounded moderately well from what was shaping up to be disaster of a distracted year: Josh Smith’s transfer, Shabazz’s eligibility, Shabazz’s back pack, Shabazz’s pink eye, UC-Irvine. So as this things piled up and the buzz around his job security came to a head, this team had every excuse to quit. Throw in the towel and just get to March. Well they haven’t quite done that and while there have been some ups and downs, Howland has done a fair job this season. 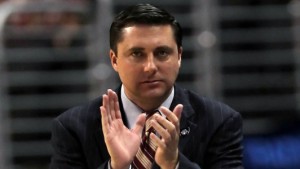 Just as I commend Howland for not quite letting his team quit, so to must we comment the interim guy across town. Cantu took over a 2-2 squad from a coach calling his team “castoffs” and “rejects,” playing with a “chip on their shoulder.” I suppose the final justification comes in the fact KO was castoff himself which could easily could have become a quitting point. It didn’t Together – with his team – they became a whole new version of rejects (as I assume Cantu soon will be dismissed as interim HC) to battle for a top six finish. They beat UCLA in Westwood and soundly beat the Wildcats, letting everyone know, so long as you don’t quit, you Cantu! 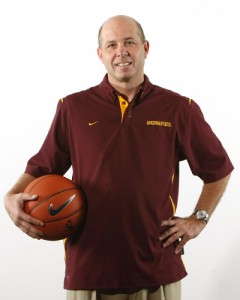 The Sun Devils’ year may be coming to a tough close but there was nothing disappointing about the season the Herbivores pieced together. They out did any and all expectations and while I’ve previously stated I’m not a fan of the expectations-reality model of choosing a COY, in this case I think it’s fair. He added just one new component in Jahii Carson (Evan Gordon essentials fills a similar role to Trent Lockett) and then got the absolute most from 2011-12 underwhelming returners Jonathan Gilling, Carrick Felix, and Jordan Bachynski. Improvement is part of a coaches job and YoY the Devils did that. 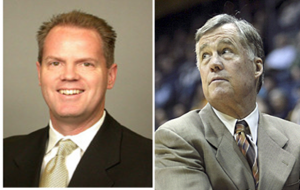 Pac-12 Coach of the Year