Criteria for such an award are oft debated: Is it the best player? The most valuable player? The most impactful? What’s the breakdown of numbers vs. intangibles vs. wins? In the real world, the award is voted on by the coaches and sometimes they do things like award it to Jorge Gutierrez (career achievement?). Sean Miller recently said Larry Drew II would be his pick for POY. Against Arizona, Drew2 is averaging 11 points and 9 assists and is a convincing 2-0. Against everyone else it’s 7/7. So there’s that.

Whatever the case, it often boils down to a gut check; a conglomerate of components that make up a POY ripe for discussion, criticism, and debate.

To help you in determining the winner, I’ve pieced together my ideas of the top candidates with some of their numbers and of course left you a write in vote. Of note, the “Big Game Numbers (BGN)” are the players ppg/rpg/apg against the conference’s top four teams (Oregon, UCLA, Arizona, Cal).

Alas, without further ado and without prefacing much by way of candidate qualifications, the Candidates: 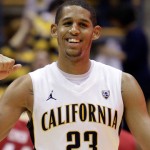 [Note: Open Crabbe snipped with shoving joke]. OK, that’s out of the way so we can get to his ears? Double joke fail? Crabbe has filled the tin with the best of them and been Monty’s rock all season long. He’s the safest pick amongst the field as he’s been the best player on a top team. His performance in Tucson (31/7/5 on 12-15 shooting) was likely the best game of the year. 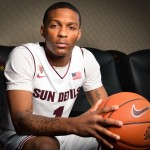 Please advice that the following is all nice things about Jahii Carson, alert his mother. ASU waited a long time (year plus) for this kid and he proved worth the wait. The native Phoenician has been a program changer (10 wins in 2011-12, 20 wins in 2012-13) in leading the Devils onto the NCAA bubble conversation (at least for more than a hot second). I have big respect for the effect he’s had on this program, but winning has got to count for something (a lower half finish ain’t great). 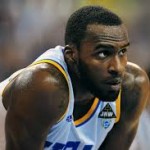 Up in the air whether this guy would ever play in Westwood, he finally debuted in Brooklyn – adjacent the home of NBA headquarters; perhaps telling of the Gucci wearing small forward’s intentions. Alas, once both the hype and Shabazz settled, he proved one helluva basketball player. Similar to Crabbe, Bazz is susceptible to the mono-dimensional critique, yet another best-player-on-a-top team argument can be made for his candidacy.

Like Muhammad, this guy’s eligibility was in question. Unlike the Bruin, however, Kazemi was never seen in a cutesy satchel (no more backpack jokes); just a dirty stache (no more ‘stache jokes). Kazemi joined the Ducks and quickly started doing a lot of everything for them. He undoubtedly embodies the concept of guy that does the dirty work but that’s just what the Ducks needed. And he’s done it well. The following won’t WOW you until you get to the efficiency stuff. Wow. 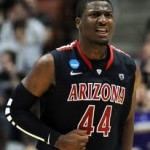 In a surprisingly long lineage of point-forwards at Arizona, Hill has endured the strangest of times at Arizona. But he’s done so to blossom into a tremendous talent and one that’s deserving of mention in such a candidacy. The data isn’t about to overwhelm you, but watch a game or two and the talent just may.

Pac-12 Player of the Year