At this point it’s old news, if it was ever news at all.

The Pac-12 is partnering with the Mountain West to create an officiating super power in which every call will be made correctly, no officials will ever go to Latin lands or receive compensation for aggressively enforcing bench decorum, and Bobby Dibler is in charge.

So I’ve lent myself to jest but this is indeed a mark of change and progress. It’s the improvement Scott promised and a step towards maintaining the confidence of the conference’s constituents. It’s certainly better than just firing Ed Rush and wiping their hands of the mess. Ice Miller got people off hooks; this officiating program is intended to improve.

And so now take a good look at Mr. Bobby Dibler. This is the last time you should see or hear of BD ever again. Ever. 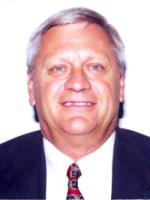 What we have now is a promise of expanded resources, further materials by which officials can learn, grow, develop, and improve their skillz. If you read the Pac-12’s release, it starts to sound like they’ve built a Hogwarts for stripes. I have no idea what sort of positions were previously filled with regards to Pac-12 officiating but Dibler will now have a Deputy Coordinator (“deputy” seems like the wrong title for a referee), a Technology Coordinator, and Game Graders. Good stuff though I’m pretty certain he already had sufficient Game Graders. Just check any message board post-game.

Understandably, everyone is drinking this Kool-Aid. As will I. The NCAA’s head of officiating, John Adams, had this to say:

Broader regional collaboration between conferences is a positive trend for the future of officiating, the game generally and, in particular, the conferences that participate in them.

Dibler, of course, took a sip:

For our officials, this is a great opportunity to improve their officiating skills, maximize their schedles, and reduce travel.

Big DB also notes that he wants nada to do with emailing Sean Miller or anyone else for that matter:

I look forward to outlining…a clear communications process between all our officials, the conferences, and our coaches.

Larry Scott chimed in but I’m not about to quote him. Not out of spite but because he’s the one with all eyes on him; of course he’s drinking the Kool-Aid. He stirred the instant formula in the pitcher and invited everyone to the party. He did a two-story Kool-Aid bong. He’s on board.

Even the Bible thinks this is a good idea:

Two are better than one, because they have a good return for their labor
– Ecclesiastes 4:9

I mean, what more do you need? Religiously speaking, the Pac-12/Mountain West officiating conglomerate should see great success.