We were perusing the upper bowl of the Coors Event Center during halftime of Saturday’s Arizona-CU game when what I can only assume was an undergraduate encouraged me to “leave [my] f**cking stadium.”

But to say I was mistreated in Boulder would be a gross exaggeration. Quite the contrary. In fact, my favorite team in the world won by 27, shot 60%, garnered 1.32 points per possession, yielded no baskets for more than 10-minutes, held Xavier Johnson to 1-10 shooting, Jacob Hazzard got involved, and Aaron Gordon: 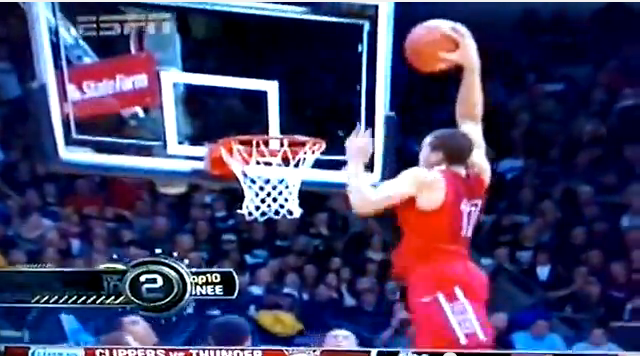 I had little to say to that kid. I declined his invitation carried on to my seat and then the rest of the night transpired. We’ll skip the basketball for now and I’ll go straight to a big shout out to the fine gentlemen who recognized me at Absinthe. I can only hope that the DJ has changed tunes by now and I thank you boys for the drinks.

And I thank you, Boulder, for another glorious trip. I beg an answer as to how I entered the Dark Horse (and its appropriate bathroom) in a T-shirt and jeans and exited to snow? Do the Wildcats bring the snow? We all know they brought the heat but was it snow, too? Alas, I saw old friends and new and a loud, involved crowd. On the latter, speaking bluntly, that crowd had little to cheer Saturday night. The aforementioned successes of my Wildcats gave them nothing to make noise for and Tad Boyle himself said they deserved more. But the effort those fans gave was impressive. It was deafeningly loud and while the Wildcats had an answer for each of their roars, the loyal Buffaloes responded with great support for their seniors, sending Ben Mills and Beau Gamble off in deserving senior fashion. Furthermore, Ben Mills’ family lead the Harlem Shake. 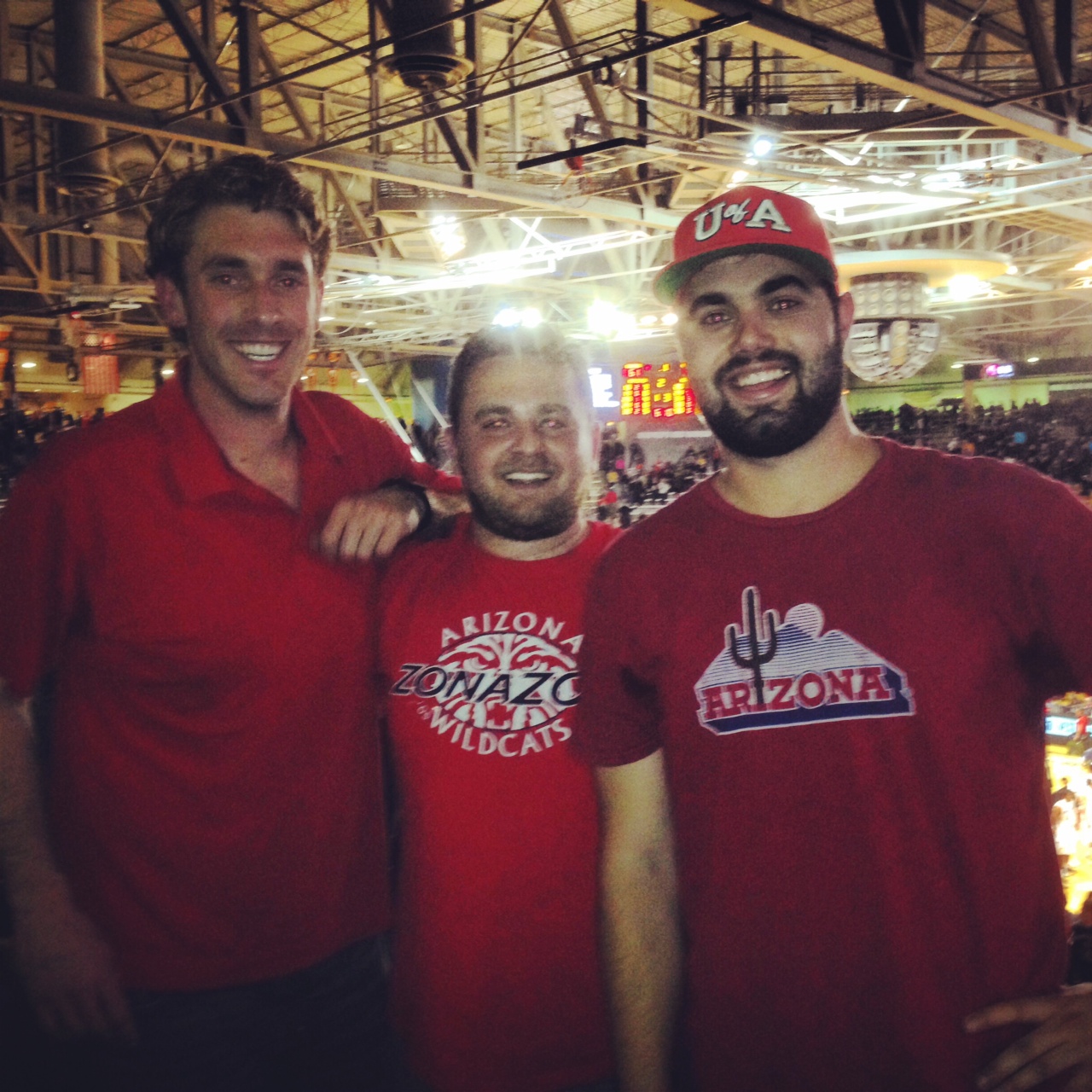 I booked things at the wrong Marriott but we got little else wrong that weekend. Once again the Shady Pony (I like this nickname) treated us right and then it was off to The Sink and a conglomeration of drinking establishments that saw us have a ball and a dance event. It’s what running around a college town is about. And when the night was down and the sun up, stories were shared, the game relived and brunch was had with the most dense number of attractive people I may have ever seen. Bravo, Highland Tap and Burger. The DJ was a heavy touch but the clientele made up for the noise. Good burger.

If I rode in your car, thanks for that.

As for the basketball, I’ll take the perspectives of two people. First, Tad Boyle. From his seat and in his shoes I’m torching that game tape. There’s nothing to look at and nothing to learn. An opposing team shot 60% in your house, there was poor effort, poor execution, and a general abandonment of the game plan. Address these items (defense on screens, 4 transition shots, general effort, etc.) and move along. No sense in dwelling.

Our second perspective shall be my own. I’ve already discussed some of the more impressive notes from Arizona’s game above and in yesterday’s review. Arizona’s tour d’force was an announcement of sorts but I was most impressed by the Wildcats’ bench. As I walked the upper loop, dismissing vitriolic requests of departure, I overheard rather valid commentary about CU’s position (down just 6) considering the half they’d just played. I mean, they’d started the game 0-14 from the field and to be down six was something of a miracle. Or at least a whistle. Because in a span of twenty game seconds, each of Rondae Hollis-Jefferson (5:12), Kaleb Tarczewski (5:04), and Aaron Gordon (4:52) picked up their second fouls. The Buffs were down twelve and Arizona was left to a lineup with a local from Tucson (Matt Korcheck) and a kid named Pitts. Before you could say CUnit, Colorado had rattled off seven straight. Five point game. Arizona timeout

Gordon and Tarczewski wouldn’t play the rest of the half if memory serves me correctly but the Wildcats would give up no further real estate during that final 4:37 of the half. It was this critical juncture, a moment when the most hostile crowd was itching to blow the Keg’s roof off, when a multitude of infrequently used players responded to their coaches plea to defend and opportunistically score. They did, like a set up man getting the ball to Mariano, they weathered that storm. And when the closers came in – again, after it was requested I get the f*** out – well they only missed four more shots.

Of final note, a closing observation, I saw a familiar application in use in front of us about mid-second half. The game was getting out of hand but in this young patron’s hand was a phone and an app and photos and swipes. Yes, I witnessed in-game-Tindering and the most notable was a a photo peruse of what appeared to be rather attractive lady. Photo 1 seemed adequate so he sauntered to the second. Attractive women plus child. Right swipe. App closed. Back to the game.

For you, Boulder, I’d swipe right. 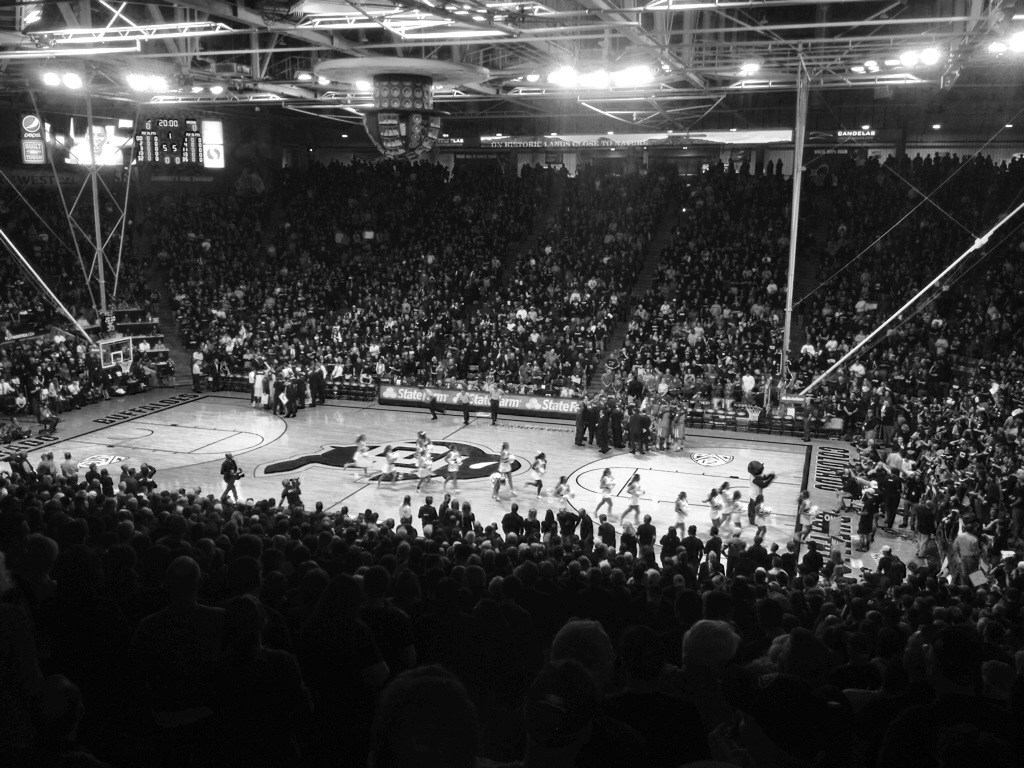