Do you remember scouring message boards and twitter for the results of your team’s secret scrimmage? First of all, ignore the ridiculous nature of a ‘secret scrimmage’ and your pursuit of a practice game’s results. That’s not relevant because the professional transgressions you’re about to commit in the next two weeks are arguably greater than that.

Back then, March was two clock changes and a season away. There was an non-conference schedule, a conference schedule and a conference tournament to play. But all that mattered then was what happened during a closed door practice. At that juncture we needed information. Something, anything to give us a glimpse as to what were were about to watch for four months. Could the new kid do this? The veteran do that?

And today? Today we find ourselves with more information than we know what to do with. I’ve calculated how Jordan Bachynski rebounds against the conference’s top-3 offensive rebounding teams; the percentage of possessions that Kyle Anderson converts into a score at the rim; and how well each Pac-12 team defends the rim. Further, we can poke around on any of a number of sites to gain gross insights into how our team might fair in a given match up and how they project to play in a football stadium. 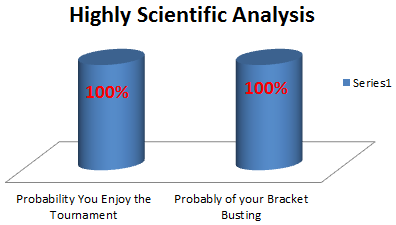 I appreciate all of that and acknowledge that none of it matters. Because shortly Luther Vandross will note that ‘the ball is tipped’ and, for right now, that’s all that matters. I’m not dismissing any of this information. I rather cherish it. But I further love the 102 games about to transpire. Ripe with possibility and opportunity, allow me to be the first to tell you that your team has a chance. They do. Now let me be the infinitesimal person to tell you they’ll lose

Because the ball will be tipped. And that’s where you are.

A ball floated into the sky with the opportunity to bounce either way, in any direction, in anyone’s favor. I can tell you who might win; but I can’t tell you who will win.

But most of all: Let the games begin.