Tonight’s main event? #8 Wichita State at  #25 Utah, the first top-25 game in SLC since 1999. Which naturally means the Pac-12 has an unknown opponent for us to learn about. And who else would we ask to scout the Shockers than…me! Yup, couldn’t track down a Shoxpert so the preeminent Pac-12 blogger will be a momentary Valley critic. Arch Madness. Tip is at 8pm PST, 9pm MST.

So if I were a Wichita State basketball fan and was asked to answer questions about my favorite team – the Shockers, of course – this is how I’d presumably respond. Considering I once dated a girl – now married to someone else – from Kansas, I think this qualifies me. I also once went to Allen Fieldhouse and a friend of mine spent Thanksgiving in Kansas. I kinda have a Judy Garland crush. I could go on.

Nevertheless, those Shockers are headed to the Huntsman Center for a top-25 showdown. Here’s what you need to know about a less familiar WSU, from me, by me:

PacHoops – “You’re a bad, bad, bad boy,” said Aaron Harrison to Ron Baker. It’s an anecdote that gave me chills and broke my heart all at the same time after watching quite possibly the greatest CBB game ever. I’m not asking you to rehash it. I just want to know what makes Ron Baker so bad?

Adam the Wichita Fan – Mop. That mop atop his head that won’t let you figure if he’s about to hang ten or mill wheat but whatever the case he’s about to blow by you or drill a three while you’re still deciding whether or not to take him seriously. He walked on…then starred. Harrison was absolutely right. Kid’s tougher than nails. He’s the kind of player you love to have on your team, and love even when he’s on the other team. And he’s our bad, bad boy (Adam the Wichita Fan is a huge homer)! He’s done everything for and with this program short of cut his hair. He’s sixth in the KPoy standings, red-shirted so that he could become that. Ron Baker is a story. He’s a helluva basketball player but he’s a story amidst the fascinating, if not improbable story, of Wichita State basketball. Ron Baker will have a statue built and we’re going to ask for a lock of his mop to grind into the gold. Yeah, it’ll be a golden statue. 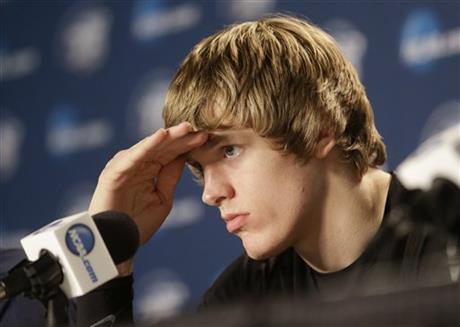 We salute you, Ron Baker mop.

PH – Wichita State is the little guy. Or at least that’s the way it’s supposed to be: Missouri Valley, mid-major, yadda yadda, fire up threes by which the mids live and die. I don’t get that impression from Gregg Marshall teams. What does Wichita State do well?

AtWF – Gimme. That. Ball. We’re going to try to control the game. We’re not going to jack threes (just 22.1% of our offense comes from beyond the arc). Gregg keeps the pace at a minimum (averages just 64.5 possessions while at WSU) and makes sure our boys are grabbing everything your boys are missing. His Shockers have ranked top-15 in defensive rebounding every year since he arrived. And since you’re probably going to ask an asinine question about Freddy Van Vleet doing something he right now because he does it so well I’ll just jump to it (AtWF can see the future?). With Van Vleet at the helm, he ain’t coughing the ball up. FVV is a fantastic creator and so, when minimizing total possessions, his ability to get good shots for scorers makes this team wildly efficient. But I suppose what makes this team great is they’re just as crazy as their coach. Gregg is about as intense as they get. You’ve got to be crazy to compete for National Titles in Wichita. Gregg Marshall is crazy. Watch him patrol a sideline. Stylistically, back to that pace, we’re not going to run on you. The Shockers rank just 326th in % of shots in transition. We have athletes – don’t you worry – but we just keep a foot on the brakes (AtWF probably knows nothing about cars). And that linked athlete, Tekele Cotton, he’s just another piece of the do-everything puzzle. What does Wichita State do well? Everything. Spearheaded by three veterans who play basically all of the minutes.

PH – And as follow up: What don’t they do very well?

AtWF – This is a dumb question. But since I have to answer it I’ll tell you to go fly a kite in a tornado (AtWF with some ‘tude). 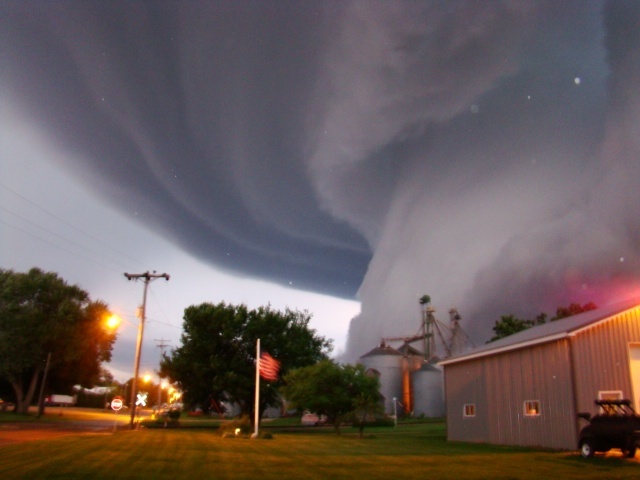 PH – I’ll ask it exactly how I want: Did Fred Van Vleet just steal another ball? Or was that an assist? I know he didn’t turn the ball over. What makes him so great?

AtWF – I told you this question was coming. THAT’S MY QUARTERBACK (AtWF all emo and shit).  He’s a true floor general in every sense of the word. He doesn’t do a little bit of everything well; he does a lot of everything great. I’ll bullet it out for your mellow west coast minds:

AtWF – Here let me just check the recent blueprint for how to beat a Wichita State team. It reads something like this:

It’s really a pretty simple blueprint. Other than that I really ain’t got nothin’ for ya. At least not for the last 607 days.

PH – I’m a fan and SPORTS has ripped my heart out. It’s also provided me some great joys. Give me your Tweet length (cause I bet you could write volumes) synopsis of what last season was like?

AtWF – In Kansas we have a saying, “Home is where the house lands on the Wicked Witch of the East.” (AtWF making no sense)

Is this what he’s talking about?

PH – Can I trouble you for a prediction?

AtWF – Oh go shred the gnar or whatever it is you surfing, yogi, boarders do (AtWF is a curmudgeon). But if you need some granola to crunch on, here it is:

I think Utah is good enough to keep this close and close always helps. They did it all last season – becoming something of the most unlucky team in the country. At a certain point the patterns has got to break, right? The problem here is that we’re pretty damn experienced and Utah hasn’t beaten a Top-10 opponent in its last 14 tries. We’ve played on bigger stages in more hostile arenas. The Shockers don’t get shocked and so for the Utes to win it’s going to take a little more than – well – shock and awe. Their numbers can impress but they put those numbers up against grossly inferior opponents. Take last year, for example. In the non-conference slate the Utes averaged 21 more points per game than against presumably better competition in conference. Flash forward and the Utes are putting up crazy numbers against nobody and can’t break 50 against top competition (granted, SDSU is a real deal D). But Utah has the pieces to knock off the Shockers. I think this Poeltl character might be the difference maker. Size matters (Hello, Ladies) and the Utes can fill a lane. My Shockers are doing a helluva job getting to the rim right now (44.7% of shots at the rim, 45th nationally) and that size could limit that. It in fact already does. The Utes limit shots at the rim, ranking 20th in % of shots taken there, a paltry 25.3%. Delon Wright is wonderful but so too is Ron Baker. Brandon Taylor isn’t Fred Van Vleet (at all) but he could linger. We don’t need to go through this roster-spot-by-roster-spot, but at a certain point Utah is going to have to figure out if they can close a deal. Could my Shockers be their first? I’m hoping not and predicting not. Shockers 66, Utes 61