Which of course means that football is winding down, heading into its long winter before reemerging at the turn of the year to give it their best, and first, shot at a March. Basketball will soon becomes our primary collegiate focus; when familiar foes travel to familiar venues and the grind. Eighteen conference games of unpredictability. Vegas. Selection Sunday. The weekends. A football stadium.

We’re not there yet, however, and that’s ok.

If you’re anything like me, Thanksgiving was literally a break. I touched one computer to print tickets to Arizona Stadium. If you’re not like me, you’re already ahead of the game.

For those of us in the former boat, a little conference-wide checkin:

Don’t look now but USC has a top-100 defense and a nice road win over New Mexico. Also don’t look at Katin Reinhardt’s numbers. Seriously. No one should ever have to see an 84 Ortg with a 25.9% shot percentage. But Jordan McLaughlin ranks 26th in assist rate. Cool!

The Buffs scored just 9 points in the second half of a game this season. I ignored this when it happened and so I will do it again. What we need to discuss is Josh Scott as an All-American candidate. [discussion starter]. Meanwhile, remember just a note above when we said don’t look at Katin’s numbers? Askia ranks eighth in the nation in shot percentage and his ORtg is 88.7. DON’T LOOK INTO ITS EYES!

Really not a ton to discuss here. This season I haven’t yet managed much time in front of Cougar hoops for a multitude of reasons including a Cold War Kids concert. DaVonte hasn’t been as great as I want him to be (107 Ortg) but let us never forget: 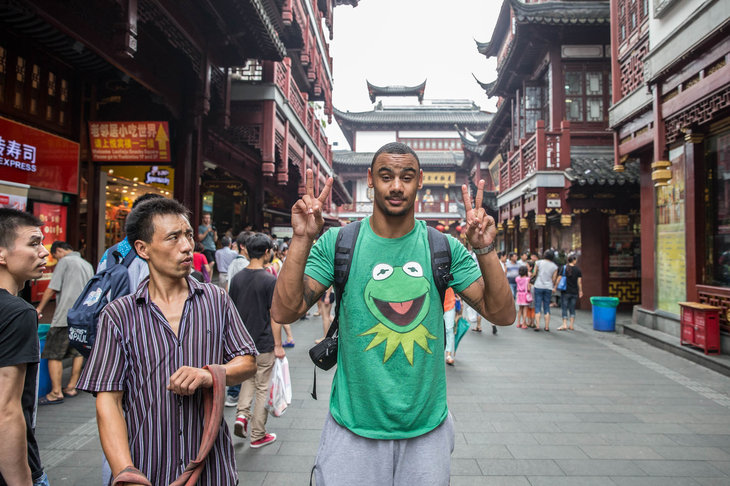 Stanley Johnson is neither Nick Johnson nor Aaron Gordon. He is most uniquely Stanley Johnson and as he comes to grips with what that means within the confines of a Sean Miller system, look out. I’ve been saying a watershed moment is coming for the young monster and we might’ve seen it in his bullying of San Diego State.

[previously discussed] and – you know what? – GO CATS!

I kinda overlooked it but LoRo has nicely set up lack of an OOC this year. Sure they’ve got Oklahoma (who’s proving to be perhaps tougher than advertised) and SDSU, but both are at the friendly confines and pose enough resume strength to be win-win no matter the outcome. The true tests of his team will be in how they come together in actually playing games, competition aside. Thus far, however, it seems to be coming together nicely.

Ohhhh boy! We’ve got a big one coming to Huntsman on Wednesday as defending regular season undefeateds, Wichita State and bad, bad, bad boy Ron Baker, head to SLC. The Utes are scoring stupid points unless they’re playing against a stupid defense (SDSU limited them to 0.82ppp as the 6th best D in the land). The Shockers play the 11th best defense. Whatever the case, if I were remotely close to Salt Lake, I’d be there. Imagine things get rowdy.

Monumental football collapse. Moving onto the hardwood – and not Santa Clara (I’ll stop now) – the Bruins traveled to the lost island civilization of Atlantis only to lose their offense. Ok, they also played their toughest competition to date but 0.82 and 0.76 ppp isn’t going to beat many elite opponents. They refound their mojo against UAB but the Battle for Atlantis reminded us that the Bruins are still a young group finding their identity. They’ve got talent, it’s just not going to be a consistent output.

Probably the most impressive team to date. Ok, that’s hyperbole. But for the team projecting to be the worst amongst the high majors, Wayne’s team was competitive in two bouts with other high majors (OK State and Auburn). Plus, The Mitten:

OK, but seriously, this has been the most impressive team. They traveled into the Garden and smacked around the ‘Cuse and Ty Wallace is playing at POY levels. Their bigs have been a pleasant surprise – although we knew Kravish was nice – and these guys play really hard. This is Cuonzo ball.

Addressed my major stuff in the intro (re: DePaul game) but Stanford’s unpredictability should come as no surprise. That said, they looked very unathletic in Chicago and utterly lost as a team defense. The latter can be remedied with time. The former cannot.