There’s an amoeba of mediocrity in the middle (say that five times fast), one that starts after the aforementioned front-runners and ends at a much more uncertain place. Stanford, UCLA, Colorado, Oregon, Oregon State are in there. Washington State is making a case for being in there. Washington, Cal and Arizona State are desperately trying to convince you they are still there. USC plays basketball.

Stanford, the highest ranked team per KenPom in the group, is a tough one to figure out. This is nothing new. Last year’s Cardinal were a baffling bunch, allowing 112 points in a home loss to BYU before beating eventual National Champion Connecticut in Hartford. They lost to UCLA in the Pac-12 Tournament Semifinals by 25 a week before advancing to the NCAA Regional Semifinals with a win over 2nd-seeded Kansas.

That was enough to keep Dawkins at the helm, and predictability far, far away from the farm.

Who are these Cardinal? 15-point losers to DePaul or Longhorn-slaying road warriors? We aim to find out in the next two weeks when Stanford has a critical 4-game stay in the bay that includes a road rivalry at Cal and playing host to UConn, Arizona and ASU.

The Cardinal can solidify themselves as an at-large probable during this stretch, or get lost in the parity of the Pac’s circle of suck. Either way, this is the opportunity for Dawkins’ squad to help solidify their identity and show the fans, the committee, and Stanford AD Bernard Muir just what this group is capable of. 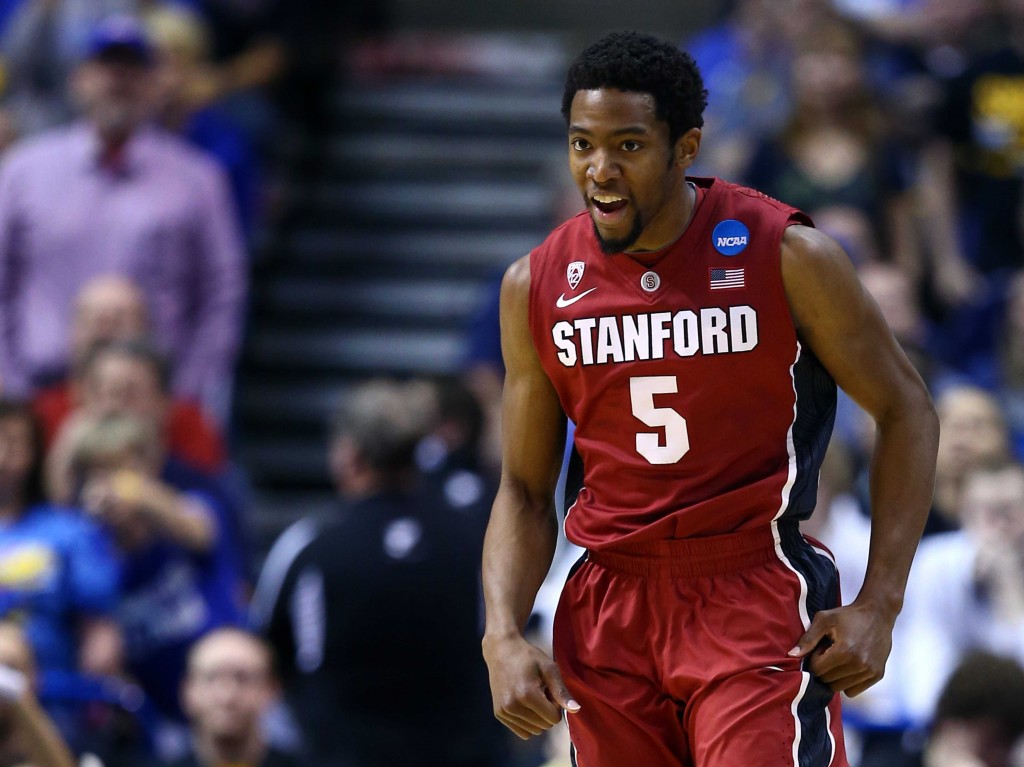 While they catch Cal tonight at an opportunistic time – the Bears have dropped 5 of 6 to teams that include the names Northridge, Wazzu and USC – that can all be thrown out the window. Cal hates Stanford, and will have more than enough raw talent and encouraging decibels at Haas to get a win. Naturally, they’ve lost their last two home games to the Cardinal.

While sealing off the perimeter should be a major concern for Stanford, their 35.1 defensive 3P% is an invitation for Jordan Matthews to fire away, I’ll be looking (in person!) to see if Stefan Nastic can keep David Kravish in his offensive funk. Kravish hasn’t had the renaissance senior season that Cal has needed from him and it has been no doubt a factor during the Bears skid as he is just 20 for 60 from the field in Cal’s last five defeats.

Getting a win on the road would be huge, but this stretch is all about #TakingCareOfBusinessAtHome, where Stanford has a unique set of circumstances.

Maples Pavilion is not the best home court advantage in the Pac-12. In fact of the seven basketball venues I’ve seen games at in conference (missing from the list: Utah, USC, Oregon St., Washington, Wazzu), it’s the least advantageous.

Even if you could sell out Maples with nothing but Nerd Nation, we are looking at a very modest 7,329 capacity. In reality, the UConn and ASU games will be half full and have an atmosphere on par with the SULIAR during Finals Week. Arizona’s faithful roadies will have the Wildcats thinking they’re playing at Bear Down Gym. 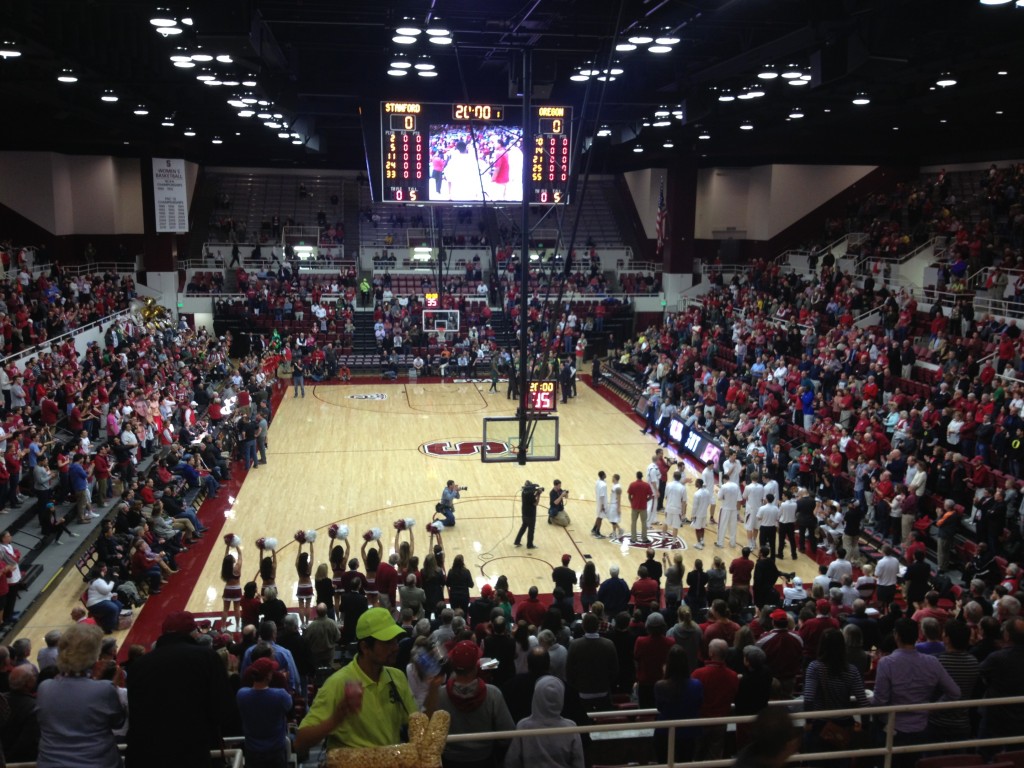 The fact that the Cardinal are unblemished at home this year is nothing more than the product of a schedule that has brought exactly one team Top-100 team, Washington no less, to Palo Alto.

Stanford will need to rely on the 3-point shot in those home games. It’s how they beat Texas (8-for-18), it’s what they have excelled at all year (39.2%) and it is certainly a better alternative than trying to purge Arizona’s pack-line or Connecticut’s Amida Brimah (11.9 Blk%). Against the Sun Devils, Stanford needs to hope there is still gas in tank.

You can take away the tree mascots and free-spirited bands: Stanford is still a tough one to figure out. There aren’t many better trios in the conference than Chasson Randle, Anthony Brown and (take your pick) Stefan Nastic/Rosco Allen. Pac-12 followers from Palo Alto to the Palouse are hoping to find out exactly what kind of beast we have on our hands.

Three or (dare I say?) four wins would put them in great position for an at-large and possibly even a return to the top-25. Three or four losses would put them squarely in Pac-12 purgatory.

And a 2-2 run with wins over UConn and Arizona would have us questioning everything we thought we knew about the known universe. How very Stanford that would be.

2 thoughts on “How Very Stanford: Navigating the Circle of Suck”