I subscribe to the idea that it’s never too early to talk Player of the Year. This, of course, is an irrational subscription. We can’t even agree on what generally qualifies a POY. Is it the MVP? The best player on the best team? The player with the gaudiest stats? A career achievement piece? Sports is not a place for agreement.

Nevertheless, when it comes to the three-bid, underwhelming 2015 Pac-12, there will be nothing underwhelming or controversial about its Player of the Year. Because it is going to be one of the following two – highly deserving and non-Jorge Gutierrez – players:

Good stuff, no? Of course in citing their numbers I’ve conceded that a great deal of what we quantify is offensive. Defense is just really hard to quantify without SportsVU (who wants to start that campaign with me? If we can’t get DirecTV let’s at least get SportsVU metrics!).

I’ll cut the dramatics and just tell you: POY1 is Chasson Randle, POY2 is Delon Wright. Their teams are 13-4 and 14-3, respectively; they rank 12th and 30th in the AP poll, and 6th and 34th in KenPom. They’re senior guards (love ya!) and the leaders of their teams.

No one is challenging this POY candidacy unless the following things happen:

All fine players, none of whom I expect to contend with the aforementioned leads.

So let’s dig a little deeper – but not too far because it’s still January – into their respective candidacies. A few categories that seem to matter when it comes to player superlatives: 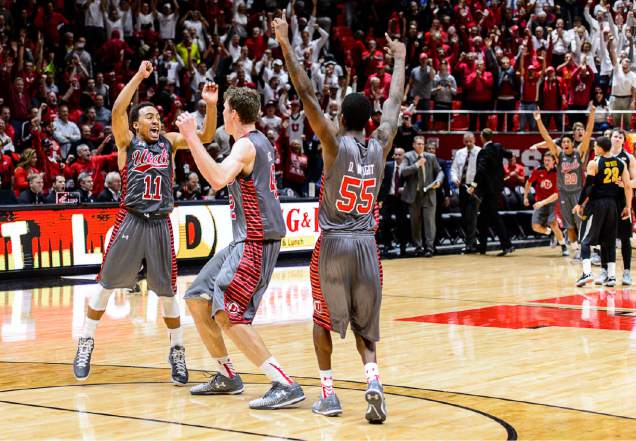 Both Stanford and Utah have played challenging schedules to date. Both teams rank in the Top-80 of KenPom’s SoS measurements. Both squads have beaten a Top-10 opponent and played in hostile atmospheres. I really like how both teams have been challenged. In the case of Wright, his response to losing this past weekend, was fantastic. Against WSU last night, he went for 17/3/8 and no turnovers.

So, individually, how have our contenders fared?

For data clarity, Chasson is a 23/2/3/2 guy in the big ones, while Delon is a 14/7/4/2 performer; which ultimately clarifies little. Both players have been about average – Chasson slightly above. In those games, the Cardinal are 2-2, the Utes are 2-3. Even less distinguishing.

Which leads me to how we can distinguish: 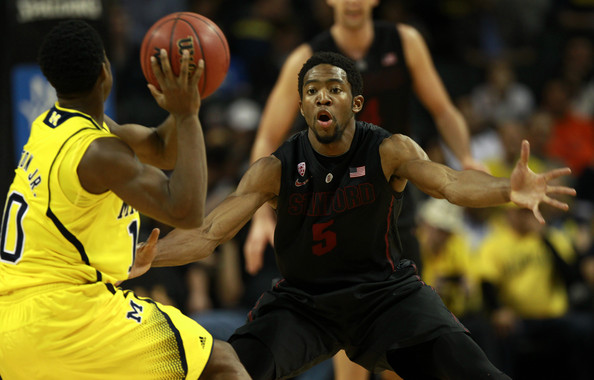 Defense is hard to put numbers to so I post pictures of it.

This will unfortunately occur only once this year. That game will be played February 12 in Salt Lake City. It’s perfectly late for either (both?) to capture a crowning moment. Last season they didn’t square off until the regular season’s final game. The Cardinal would prevail – by a single point – as Wright dribbled the ball off his foot in the game’s final seconds. Utah never got a final shot.

We’ll only be treated to this head-to-head once, but the ramifications could be huge. Because individual accolades generally only come with team success. Each of these teams have positioned themselves to compete for the conference title. We’re obviously a spell away from mid-February, but this game is circled. 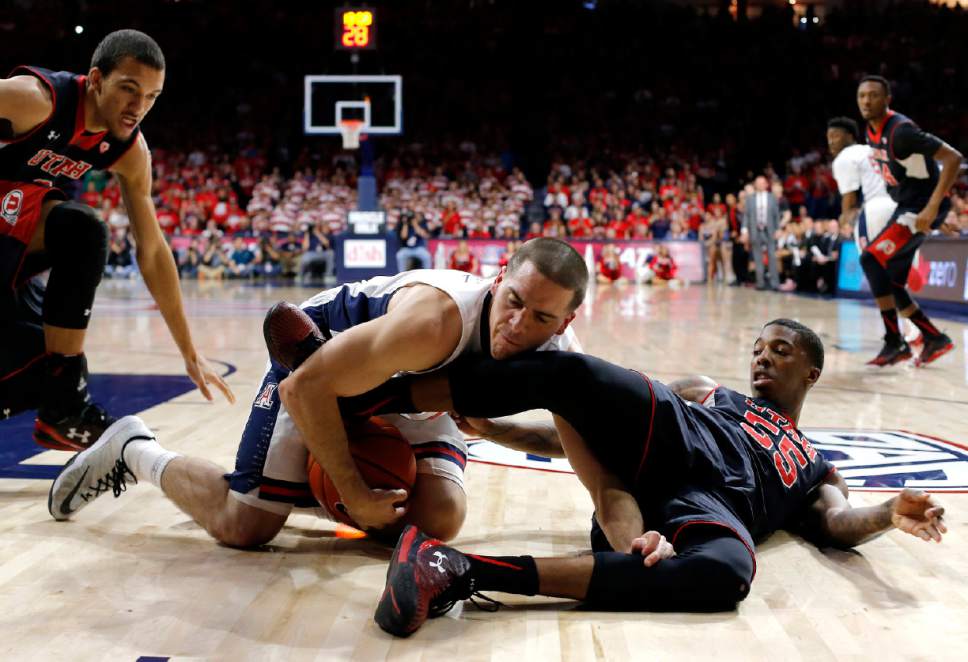 Let’s face it – this is the stiffest competition in the Pac. If you can distinguish yourself against this group, you can do it against anyone. Both players have already demonstrated their prowess against top competition, but conference foes are a different beast. Clearly both have a tendency to beat up on this underwhelming Pac(k), those whom hunt them; but how do they do against the hunted?

Delon got the first taste and things looked auspicious. He picked the first pass of the game, dunked the breakaway, and ultimately scored Utah’s first 7 points. He’d make just one more shot the entire game. For his career, Wright has faced Arizona four times to the average tune of 12/4/4 and 3 turnovers. Below average. Of course Wright has only ever faced an Arizona team that ranks in the top-10 with a top-10 defense. He’s had his work cut out.

Chasson has also only faced Arizona four times. This is interesting considering another senior guard – Askia Booker – has faced Arizona ten times. Nevertheless, Randle has struggled against the Cats as well. He’s averaging 11/3/3 and 3 turnovers. He’s shooting just 28% in games against Arizona. His career has coincided with that of Nick Johnson, a difficult draw. But Johnson is no longer a Wildcat and Randle will get two shots at Arizona this year (as will Wright).

Neither Wright nor Randle has ever beaten Arizona. A big performance in either of their first wins against the conference’s torchbearers could be the distinguishing factor in determining the Pac-12’s POY.