The family affair has arrived! The dual duos of head coach Wayne Tinkle + four-star power forward Trey Tinkle and assistant coach Stephen Thompson + four-star guard Stephen Thompson Jr. are great additions to the overarching Beaver family. Without paternal support on the bench there’s also four-star center Drew Eubanks. It’s a nice class we’ve been grumbling about for awhile now. I’m afraid, however, they’re not getting the Beavers over the hump and into the dance. But that doesn’t mean this team won’t cause fits. They did one season ago and while I don’t think this team is going to be sneaking up on anyone, an influx of talent never hurt a roster that featured five walkons just a season ago. If you’ll recall, they projected to be the worst high major team in the country. They weren’t that. This isn’t necessarily a team lining up for a glass slipper, but it’s a program on the rise.

The Beavers have had something like four winning seasons since 1991. That’s a lot suck. So I love them because they play a ferocious style of defense. They play the kind of basketball that nearly stole LeBron James an NBA title. Oregon State doesn’t have – ya know – the greatest player on earth, but they can make a basketball game just ugly enough to win it. GP2 sure ain’t bad and he’s got a supporting cast this time. In summary: GP2 + more good players = optimism.

Last year the Beavers had the worst adjusted offense in the conference. That offense in fact ranked 280th nationally. It was bad. So when college basketball decided to shorten it’s shot clock to 30-seconds and Victor Robbins (106 ORtg, 26% usage – a good combo) was dismissed from the team, you know what that meant for the Beavs? More opportunities to suck at offense! But that’s the hope in underdog-basketball: keep it close on either end of the floor long enough to have a few fall your way. 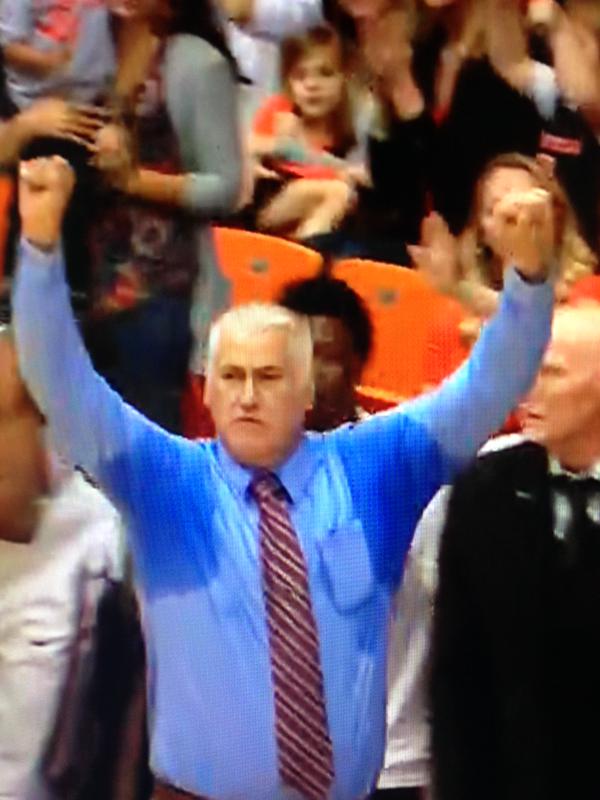 The terrible twos. As in Wayne Tinkle’s second year squad will be hell for everyone dealing with them. T2 (Trey Tinkle), GP2, and ST2 (Stephen Thompson Jr.) are better than advertised (although GP2 is already bona fide). Jarmal Reid has one of those senior years where you’re like you’ve had extra gloves the whole time and suddenly Oregon State is keeping games close and staying in them. And then they win those games frequently enough to dance. GP2 wins conference POY, Tinkle COY, and Corvallis smiles.

The terrible twos. As in Wayne Tinkle’s second year squad is hell on him and his staff. The second half of last season – 0.865 points per possession and a 3-9 record – that’s a little more indicative of reality. Afterall, their “gaudy” 1.024 offensive efficiency was against the 336th most difficult non-conference slate. There’s distinctly no marked improvement and the Oregon State job looks every part the constant building job we always thought it was.