If you’re anything like me (heaven forbid), it’s been a touch of a struggle to get really, way way way up for this season. Last year there was historic greatness! How do you follow that up? This isn’t 2am bar trash but it also isn’t going to be your wife.

Of course as we’re on season’s eve, all of the feels return, excitement bubbles to standard levels, and we college basketball.

But it remains that this is an odd one. Drawing our attention to the premise of this blog – the Pac-12 – I thought we could contextualize the forthcoming events. If prescribing a single word (or phrase for leeway with possible imagery linked for effect) for each of the Pac-12’s four seasons it’d look something like this:

In reality just one of those words represents directionality (progress) in which we saw where the conference was headed. The inaugural year was garbage – steaming hot trash, like thinking you’d built an empire on single day algorithms and regulatory loop holes. Then Jordan Adams didn’t touch the ball and we saw a season with better results, but…two weeks later Ben Howland was fired, a month later everyone on Oregon’s roster was kicked out of the state, and Mark Lyons was a rent-a-guard.

Yet we still saw progress the following year. The Bruins and Wildcats led that charge (fitting for a conference that has seen those two schools win 23 of the past 30 conference titles) and even Stanford made the Sweet 16! Last year was Arizona to the tune of a +19ppg or +28 points per 100 possessions. Dominant.

So here’s the weird one. The competition will be nice but there won’t be one dominant team. Some people think that’s good – more teams have a chance! Some people hate it – everybody stinks! Fire Alford! Thirteen wins could take the conference. Twelve wins could earn you fifth. Nobody is really that good. But nobody is really that bad. But at least we have the Hawk (#LetTheHawkSoar?). It’s a weird one.

Some of the other teams could screw around and win this Pac-12 title. Sean Miller doesn’t f*ck around and hasn’t lost a home game in two years.

I’m really high on this team to the point that I want to give some of my POY votes to Brandon Taylor and tell you Jakob Poeltl is the best player in the conference.

Dana Altman has coached 65% of this team for 18-months. Think about it. He’s danced with teams he’s coached only on the ride to the gym. Buy. And I’m crazy bullish on Jordan Bell.

This is my ‘smartest guy in the move room’ move. Maybe I’m an idiot.

Like when you go on a date and then you’re asked about it and you say, “It was nice.”

But Josh Scott is soooo good.

Robert Cartwright’s broken arm is a bad break for the Cardinal, certainly no luck of the Irish, which is a College Football Playoff reference and the most relevant thing going for Stanford athletics. November 28th.

This team could finish 11th for two consecutive seasons and people are still going to be jacked about the direction of the program. #Recruiting

So Josh Hawkinson is going to make a push for your All-Time favorite Cougar who put up really great numbers but never really amounted to much but was a helluva basketball player but the competition for this honor really isn’t deep as it’s just Josh Hawkinson’s future results and BROCK MOTUM.

Player of the Year:
Jakob Poeltl

It wasn’t an easy choice. Not that he was a hard choice but when I call this season a “weird one” it’s because there aren’t any clear cut anythings. I chose the big Austrian because he’s got plenty of talent around him, plenty of talent himself, and Brandon Taylor feeding him the rock.

If anyone knows a trick for Magic Eyes, please help. Trying to figure the Pac-12 POY by staring at rosters

Was my preseason favorite to win when I previewed Oregon and I’m sticking to it here.

Freshman of the Year:
Jaylen Brown

This seems to be about the only predictable choice amongst all of the awards. And could win POY, too.

High on Utah. The stats back this up: 108 Ortg on 22% usage in just 38% of minutes. But this award also merits a BREAKOUT PLAYERS list:

Coach of the Year:
Sean Miller 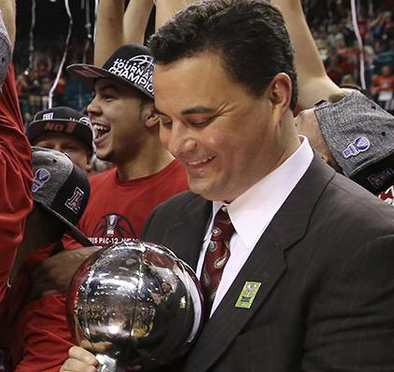 But if these predictions become reality, it probably goes to Larry Krystkowiak.