I got to watch live Pac-12 basketball this weekend which was a treat. I would’ve had a prelude to the first of my two live events – ASU @ Cal – from Palo Alto’s Old Pro but Dad forgot the tickets. Sorry if I missed you there. But as far as weekend expectations go, that wasn’t the most surprising transgression. Utah earned the conference’s first road sweep on their trip to the PNW. Jakob won the Pac-12’s Player of the Week honor though I’d have given it to Pops despite the ticket gaffe. We’ve got a new #1 and the live LA SportsCenter is remarkably bad.

Coming from the Department of Unshocking news: Dana Altman is coaching a Top-20 offense. What might be a little shocking is that the Ducks are playing the most efficient defense since Dana coached – yanno – a top-10 defense in 2013. THESE FORCES COMBINED – and you have the top team in the Conference. This week.

The first conference road sweep of the season! That’s huge and clearly rewarded on this website.

They’d circled one game on their schedule and they won it. Full credit to Jordan Matthews (career night) and Jaylen Brown who is quite literally a man amongst boys. And further credit to the collective Bears who had the best offensive rebounding game against the nation’s top defensive rebounding team of the past two years.

Those are some of the facts from the Trojans’ weekend and I’m not really going to hold that against them because the road causes funny things. For example: USC has a Top-50 two-point defensive team. On their road trip, they allowed 54% shooting inside the arc. Tough.

Home losses are not rewarded by PacHoops. The Dawgs suffered precisely that. We won’t however, let this distract us from their upcoming 14,00 possession game at USC (Saturday, noon PST, Pac-12 Networks)!

Impressive road win at Oregon State following their disappointing home effort against the Trojans. There’s no shame in a loss at Matt Knight so the Bruins come out net winners on the weekend. In fun and relevant news: Isaac Hamilton is scoring 18.1 points per conference game, good for 4th in the conference. He’s also scoring 19.25 points per conference road game. I can’t rank that but I imagine it’s pretty good.

Did you see the Buffs’ effort in Seattle? Woof. The announcers at one point were commending the Huskies’ team effort and the fact that Andrew Andrews (current Pac-12 POY) was barely involved. He finished with 33. But kudos on the bounce back win against WSU. The Buffs are facing a big homestand (they’re all effing big) against the Bay schools as we head into the Pac-12 turn. 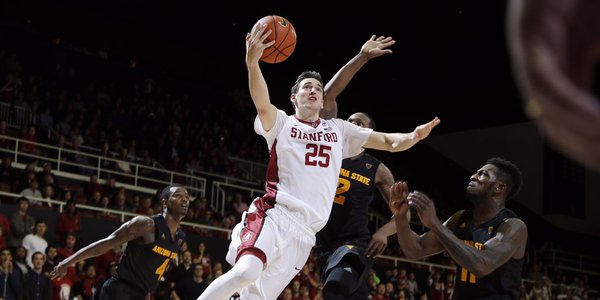 It’s currently five straight with an impending LA road trip and then Arizona coming to town (and its top rated offense in the conference).

The Sun Devils will always have Texas A&M.