To call tonight’s Arizona-San Diego State contest a statement game would appear hyperbolic. On paper, and current state aside, this is a Mountain West team playing a Pac-12 team. David versus Goliath or whichever underdog fable you’d like to run with, this game would appear to hold little by way of overarching significance.

But such is not the case. The San Diego Aztecs, as it stands today, are the preeminent team of the West Coast; Sean Miller said so himself. They’ve not lost to a Pac-12 opponent in their previous seven tries – their last loss coming in 2009 – and haven’t lost to a California-based opponent in an obscene 25-straight games. The Aztec resume is a significant one and so when they take to the court in Hawaii to face off against #3 Arizona, I question: Who’s the dog here?

Indeed there’s something bigger than a Diamond Head Classic trophy on the line.

For Arizona, this is a reclamation of the presumed birthright; the pedestal they and their other high-major conference contemporaries have taken for granted. An opportunity to assert themselves as who they think they are. And I, for one, think these Wildcats believe they’re something special.

For San Diego State, tonight’s game is far from their proving grounds. They’re proven (see above). This is a game that Steve Fisher’s group believes they can, should, and will win. He’s built a program over there – from garnering three straight NCAA invites to seven straight NCAA or NIT invites to the vitriolic Show – SDSU believes they are winners; the key ingredient to any successful campaign.

Plus we’re looking at a bit of a rivalry here. This is a Christmas feature of opponents who have faced off twenty-seven times, with SDSU winning each of the last two times. And with the lines between BCS and otherwise having long been blurred, it should come as no surprise that a big-ish school in beautiful San Diego could make a run at best of the West and been successful at it.

By way of tangible stakes, there’s little more than a made-for-TV tournament title and a blip in national attention to be had here. But our closer look suggests Arizona is running with what one might consider the conference’s honor. I see it as the Wildcats standing up to what’s been the Pac-12’s bully and demonstrating that hey, these guys aren’t that tough for the other eleven. To date, no one’s stood up to the Aztecs and it’s time someone has. And no, to beat them would equate to putting Fisher’s team or program in their “mid-major” place. SDSU’s place is right wherever they want to be. They’ve earned the West’s top billing and should be applauded for that success.

But Arizona, the conference’s flagship program while UCLA does whatever they’re doing, has the chance to remind the others it’s ok to be good again. That this is indeed the Pac-12, the Conference of Champions that’s produced 217 NBA draft picks since 1980 (the second most of the big six conferences)and who used to put six teams in the Dance regularly. Who once offered their 1997 fifth place finisher to the Madness only to win it all. Who has some talented pieces that just might need to be reminded that simply because someone says you’re mediocre, doesn’t mean you have to be. Ask SDSU about it.

Sometimes winning and losing is the minute difference between belief and doubt. I’d question whether the Pac believes they can win. I mean, look at some of the losses to date: Kravish misses UNLV box out; Randle fouls Minnesota 40-feet from the basket; Albany, Cal Poly, and CSU-Northridge; Colorado barely showing up to Kansas.

Perhaps I’ve digressed from the Diamond Head championship game, but forgive me for recognizing that the San Diego State Aztecs have taken the Pac-12 – Arizona included – to task for the better part of three years. Actually, sorry I’m not sorry.

The Arizona Wildcats have been on a long road back to where they feel they belong, and sure that’s to say in the top-five competing for things far bigger than preseason tournaments. It feels great and it looks good and it’s real nice. Beating the well-prepared and un-intimidated San Diego State Aztecs will be another step in exercising the demons of recent Arizona season’s past. And perhaps eleven others. 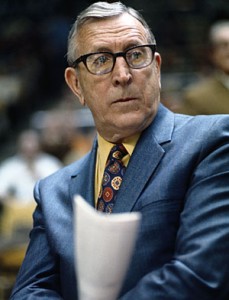 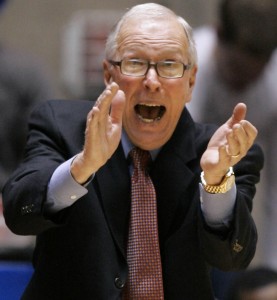