We’ve reached a little beyond the halfway point of the first half which means we’ve completed one quarter of the Pac-12 season. Math! But that’s the obvious and there’s really no need to discuss points in schedule unless it’s in reference to our proximity to the glory of March. If I had a dollar for every time I’ve had to give a tentative reply, an ambiguous answer, or a confirming no to a request for my time during March I’d have $4. That’s a lot of invites you guys! Who wants to Segway?

GotW: There is some spice in this week’s lineup with Colorado visiting Arizona, Utah hitting the road fresh off their home stand, and Oregon’s implosion (too early, right?). And while we’re taking a funneled approach to one single game, I’ll note that the Bay Area’s trip to Los Angeles is a huge road trip. Stanford is playing some inspired ball once again and UCLA is just good (I’m ok with the Utah loss). Which ultimately lands us on the anchor of the Pac-12 slate, Cal’s visit to Pauley. I think I’m going to try to extrapolate this matchup later in the week but Sunday’s battle in Westwood is a significant one as UCLA really needs this one to keep pace atop the conference. They’ve dropped one at home to Arizona and then the aforementioned Ute-flop. That’s two losses as compared to Cal’s zero. One guy that could prove important in this game is Jordan Adams. He’s unmistakably one of the best players in this conference but since the conference season started, he’s shooting just 37.5% from the field. That’s compared to 49.6% out of conference. To say Adams is slumping is to say the Ron Jeremy ‘Wrecking Ball’ video is weird. Both are true. The Bruins need Adams, however. No one needs that Jeremy video.

Game to Avoid: Oregon State is visiting Washington State and this one – on a Wednesday at 7pm – is doing nothing for me. I’ll get the obligatory positives out of the way in stating that Roberto Nelson is really great and it was a great win the Beavers on Sunday. Big kudos, guys! Later in this post you’ll even see a great GIF of Craig’s sister (it’s awesome). But I could do other things beyond watch this. Namely, DOUBLE BIRTHDAY PARTY SATURDAY!

Something to Prove: I’ve harped on their record while making passive jokes and statistical analyses of their defense. These are criticisms and I do this out of love. We believe in the things we love but at a certain point, even the things you love can let you down. SO PROVE SOMETHING TO ME OREGON DUCKS! Their road isn’t soon getting any easier even if Spencer and I called the trip to the Evergreen State the easiest. They’ve buried themselves in a hole that might not be big enough to dance in if they don’t PROVE SOMETHING TO ME. Or us. Or really – because this is all stemming from the defensive end and defense becomes a matter of effort – to themselves. The Ducks need to prove to themselves that they’re for real and they haven’t necessarily put themselves in a good position to do it. At 1-4 they’re already in an uncomfortable place and this weekend they’re not at home. If I had the insights I’d get personal and maybe start naming names but I don’t have anything beyond anecdotes and a hunch. I don’t like to call out names on that. But soon…And after all of that Duck talk, I think Arizona State has something to prove this weekend. They’ve underwhelmed thus far and that’s pretty boring. Jahii Carson should not be associated with boring. This is a big weekend for the Sun Devils if for no other reason than they should hold serve at home. Yes, Colorado and Utah are imposing threats but when you have things to prove – in my estimation – it has more to do with the man (men) in the mirror than any adversary. Whatcha got, Devils?

Something to Lose: I think we’re still at that point in the season (the one quarter point as we calculated) in which no one has anything major to lose just yet. Besides, I can’t say that Oregon has something to lose and prove in the same preview (they have more to lose). It’s UCLA here. They dropped that tough one at Utah which I’m OK excusing as a road hiccup. And now they’re back into Pauley and hosting what amounts to a pair of tough NorCal teams. Cal we’re noticing is balanced and pretty much tough as Monty’s while Stanford is enigmatically talented with age on its side. UCLA will be the best team on the court in both of their games this weekend but that doesn’t necessarily mean they’re going to win. The Bruins remain a youthful group with a slumping (as mentioned above) Jordan Adams. They’re arguably not entering this weekend the most confident group but they are at home and they are the better team. That equates to expectations and expectations mean you’ve got something to lose. Sorry Bruins. 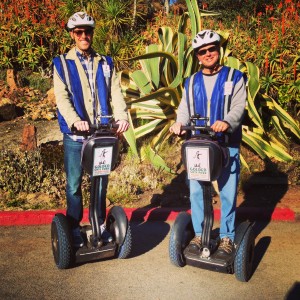