It’s become an incessant drone, talk of how bad the Pac-12 is. Every weekend conjures up a new batch of columns, tweets, comments, and call-ins about the lack of talent, poor coaching, ugly losses, etc.

We’re well aware of it and now news that Utah – the 336th best team of 345 D1 teams per Ken Pomeroy – will be considering open tryouts for its depleted roster breaks.

Appalling, right? Embarrassing, horrendous, turn-your-head-pretend-to-be-on-your-cell-phone-I-don’t-know-them bad. At times it’s seemed like no one wanted to win a game, then it seemed like no player wanted to stay on a team, and now this? Have we reached rock bottom?

Nah. This is awesome.

This is a shot for some weekend warrior to hammer out two-and-a-half months of hard work and have access to world class facilities and an experience of a lifetime. It’s like all the girls on The Bachelor bubbling over with excitement at their eight-or-so weeks of love hunting, except this is real and no one is going to tell you you’re not pretty.

Are you kidding me? A few lucky (dare I say “talented”) souls could join a major conference, revenue sport with a shot at traveling to the west coast’s most coveted locations, all the while escaping preseason conditioning?

This is a win-win situation unless of course you’re a ski bum. But even then there isn’t any snow yet so why not hoop it up? 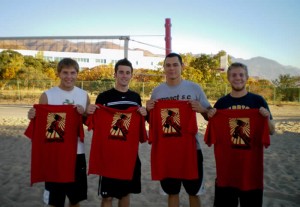 There will be SWAG, prestige, tutors, meals, women, girls, boosters, travel, trainers, highs, lows, losses (you’re playing for Utah), bruises, and – perhaps tops – you can drop the “I played in college” line. That card plays.

And kudos to Coach Larry for addressing his team’s needs. He’s promoting on-campus interest in the program he’s building and perhaps making it really mean something to be a Utah Ute.

I don’t believe this is a publicity stunt like UCLA’s marriage proposal fail. Open tryouts aren’t unprecedented, if not standard. A google search for “open basketball tryouts” yields tryouts at four different schools; two of which are in major conferences.

Hell, ESPN even broadcast Bob Knight’s Knight School, a six-episode series documenting the tryout of sixteen Texas Tech students trying to walk-on for the Red Raiders. A 2006-07 team that would finish 21-13, lose in the first round of the NCAA tournament, and be Knight’s final, full season.

While none of the google searched tryouts or Knight School were mid-season tryouts (desperate times, desperate measures), they were cries for help.

So even without a shot at being aired on the worldwide leader and getting screamed at by the most notorious screamer in college basketball history, I’d still go lace ’em up and head out to the Utah tryouts. Why not? You only stand to gain.

And you just might have the experience of a lifetime.

One thought on “Utah Might Hold Tryouts, Pac-12 Rock Bottom?”