Round 2 voting has closed. Read about the fights here.

Michael Buffer already said it. Rumbling is upon us and that means Round 2 is here. Last time in the cage, the top seeds advanced, handling their opponents with varied levels of ease or otherwise.

But now we found ourselves at Round 2. The top seeds enter. WHO. WILL. SURVIVE? 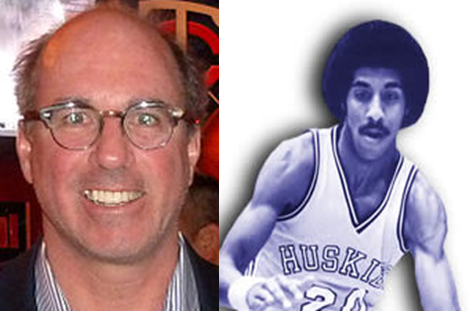 The HecEd Hammer rolled in his first round victory but now faces the Bruisin’ Boozin’ Bozo. The man who hasn’t given a rat’s back end since, well, never. Problem for KO is that LoRo does nothing but care. It’s kind of like when Voldemort swiftly kills Harry in HP7b and he finds himself dead in that white-on-white-on-white train station talking to Gandalf with that weird fetus thing under the bench but manages to come back to life because he’s so damn loved. LoRo is Harry. KO is Voldemort. Could these two re-write the Greatest Story Ever Told? 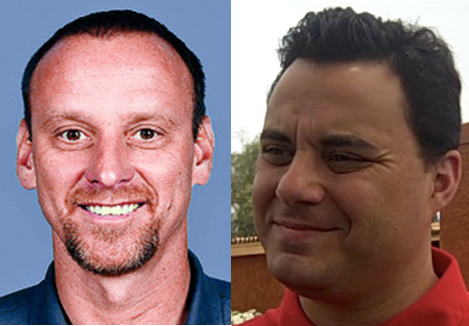 Our second matchup involves Whooping and K. The first year guy at Utah has been called intense and why not? He’s an unsettling 6’9″, sports that goater and made the league out of the University of Montana. HAM no doubt. But he will be fighting Whooping:

Please catch the ball when it is passed to you, Angelo. 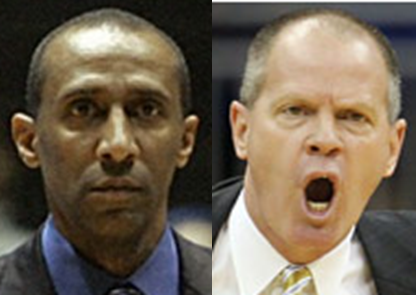 The huge dome served Tad well in Round 1 but now he faces the smileless-wonder, the stone grilled assassin, the Cruel Cardinal, Johnny D. Considering his Cardinal just lost to the worst team (Utah) to ever join a major conference until USC’s 2011-12 season, I’m guessing the Cruel Cardinal is vying for blood. But Boyle isn’t about to roll over and surrender to the frown. He’s the coach that killed a bear after all and has hands the could choke a blue whale. We’re in for blows. 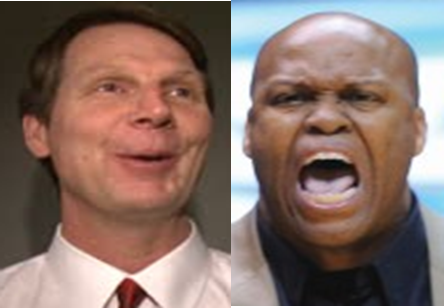 He’s been described as unassuming, simple, and soft. He’s also defeated a haunted horseman who rides around carrying his own goddamn head. Are you kidding me? I ain’t messing with that guy and he so clearly DGAF that this happened. The Capacious Corvallian, with the help of lil’ sister and her husband’s bevy of ear pieced aid, may (or may not) have their hands full with the crazy eyed gangle-body from Pullman.