Voting has closed for the semifinals. Read about the fights here.

Kind of like that one they play in a football stadium except this time Brad Stevens wouldn’t have even had a chance because he emanates baby giraffe. 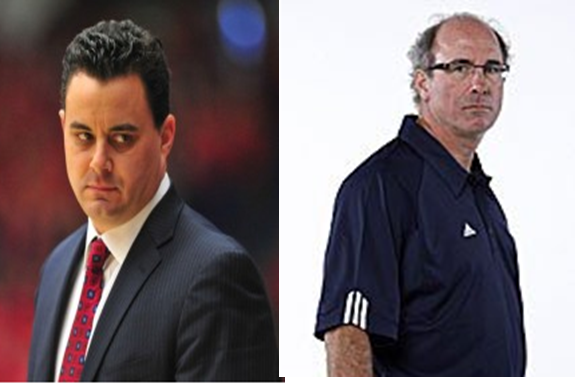 Ohmygodohmygodohmygod. You realize this fight is sort of a real one? KO hates Arizona. It’s the school that said, “Hey man! Wanna be our next coach? NOT!” And then there’s the whole thing where USC’s old coach paid players so then he had to quit and yield his entire recruiting class to Sean Miller who then took that group to an Elite Eight. But getting out Basketball History class, I think it’s safe to assume at this point that these two are the craziest tandem this tournament has seen. From ball catching requests to that Bozo haircut, no one wants to mess with either of these cats. Except they both want a shot at each other. 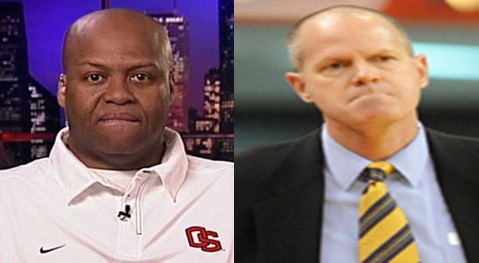 I know Tad has reportedly killed a bear but the Secret Service is capable of some crazy stuff – like push Craig Robinson into the Pac-12 Coaches Death Match semifinals. In this unsuspecting but no less dramatic of semifinals, the combined hat size of these two men is roughly equal to the length of a Blue Whale. For relatability purposes of pure size alone, this match will be officiated by Sloth from The Goonies. Will the Capacious Corvallian Barack the world and find his way into the championship bout? Or will the Colordao Cranium meat paw the hell out of the Princeton grad?

2 thoughts on “Semifinals of the Pac-12 Coaches Death Match”