As the new basketball coach at USC, Andy Enfield will give stiff competition to Lane Kiffin for hottest spouse in the Athletic Department. 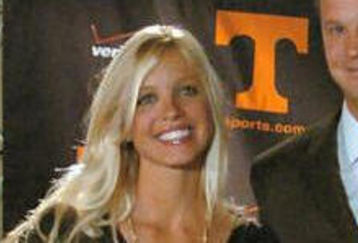 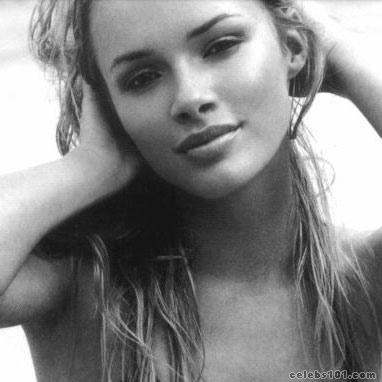 OK, so now that that’s out of the way, I love this hire. But it’s on pure potential, speculation, and magic stemming from his run to the Sweet Sixteen.

Looking at the numbers we can’t say a ton about Enfield. After all, there are only two season’s worth of data to determine much about his coaching abilities. He got this year’s team – which included the conference’s POY, Sherwood Brown – to play at a top-50 tempo (last season, Enfield’s first, they were closer to average, coming in as the 101st fastest squad). They shot 52.3% of their shots from 2pt distance (Dunk City) this season. America got to see them play a fun, energetic, exciting, root-for-able brand of ball. He, like cross town rival Steve Alford, has been to one Sweet Sixteen.

He assisted at at Florida State beginning in 2006. During that time, the Seminoles had four Top-25 recruiting classes. Is this enough to say he’s cut his recruiting teeth? Maybe. But note: did you see the spouse he recruited? Have I mentioned that?

Because ultimately, most of what we know is anecdotal. It’s surface. It’s fluff. Like a Maxim model, it’s shiny and pretty and wonderful on the outside; but we’re going to have to date her to find out if there’s any depth.

Pat Haden has made a risky hire but an exciting one.

Of course the merits of such a hire will be evaluated on the eventual wins and losses accumulated by Enfield and the program he’s about to build. One must adhere to rule #12 in Surviving Your Coaching Hunt. Believe.

And Haden – by “winning the press conference” – has made it a lot easier to believe.

In January, I called this coaching hunt the Battle for Los Angeles following the firing of O’Neill. The respective regimes in Pauley and the Galen Center were failing to bring in local talent which had been central to each of their previous success.

So now the battle begins – Alford v. Enfield – and I love what Haden has done. He’s taken the completely polar opposite pick to that of his rival. Alford is a good hire, a guy with a proven track record of sound success and should continue to do such. Enfield has an HC track record of two years. Both are wildcards.

But my favorite part of this is the contrasting styles.

Alford has the bigger name job. His arena has 11 banners dangling in it and there is little doubt that he should be able to capture most blue chippers out of the LA area. He’ll have to fight for them, but UCLA will always have clout and a leg up on these recruitments. But his style could be limiting. Some players might not fit well and that’s where Enfield can swoop in, garner some of the premium athletes, and build the budding legend of The Galen Dunk Center.

This contrast propagates the Battle for Los Angeles, a fresh take on a classic rivalry.

Ultimately, however, comparing these hires is to compare apples and oranges. The parallels end at “vacant position.” Haden had the drawing board. Guerrero had the gauntlet. Time will tell whether these are “good hires” or not for their respective situations.

Alas, I like the Enfield hire for the excitement it garners which is the best it can do when no games are being played. Did you see the Galen stands as the season came to a close? This program needed an injection of joy. Haden delivered.