Cal has made the most buzz in their off-season not necessarily surrounding anything they’ve done. To address what they’ve done is to tell you they’ve compiled a sound team with compelling pieces up and down the roster. They’re maybe not deep but they’re balanced. I like Cal’s roster. But that’s maybe not why you’ve heard about them. No, you might’ve heard that Dough Gottlieb of CBS-lore has picked Cal as his 10th best team in the nation. Rush the Court asked how and I’m curious, too. But ultimately, that’s Doug’s prerogative and I don’t care that much. He’s the paid contrarian and I’m not even about to mention his brother being on Cal’s staff – though I just did. So with that out of the way, we’ll focus on whether these Bears can replace Allen Crabbe, the reigning POY; if balanced is enough; whether Richard Solomon can make the jump.

Why I love them: That balance I’ve been talking about? I’m really high on it and what’s more is they’ve got veterans in the right places and particularly in the two most important. You know about Mike Montgomery so allow me to get to the point: Justin Cobbs (see what I did there?!). He’s hit big shots and played in big games. He’s a senior at the most critical position in college basketball and one cannot begrudge the Bears that. It is their most endearing quality. But one senior does not a team make. No, filling out their back court is the highly touted Jabari Bird for whom Monty has been trying to taper expectations, “I don’t want to put expectations on Jabari.  I want him to develop, I want him to learn as a freshman.  Certainly coming in with the ability he has is going to give him a great opportunity, but the expectations is that he has a great freshman year and he helps us win basketball games.” Sure, Monty’s got a fine freshmen, but one freshman does not a team make (with apologies to ‘Melo). I’m not about to carry on with the different components that alone do not make up a team, but I will tell you that I’m a big Ty Wallace fan. He had a good freshman campaign and – if my calculations from a year ago stand true – he projects to have a much improved sophomore effort. The one additional thing that’s also got me high on this team is who Richard Solomon might become. He’s athletic and lengthy and we find him in his final season at Berkeley. How is he going to handle that urgency? If he manages to channel it into continued rebounding success (high OR and DR rates) and improved offensive output (just 55th in the conference in ORtg) then the Bears would seem to have further filled out an already nice lineup.

Why I hate them: OK so I like Richard Solomon. I want to believe that he’s going to have a big senior year – a fact I plan to expand upon in a later post. But if we’re looking at this team and its front court, we’re indeed left with Solomon and David Kravish. Sound players but with the body of work we’ve previously been presented with, I’m not about to consider this a Pac-12 contending front court. They’ve lost the Thurmanator who gave them big minutes when Solomon was in foul trouble (ranked 3rd to last in fouls committed/40 minutes) and I don’t foresee Kameron Rooks or Roger Moute a Bidias soon jumping into significant roles. Cobbs, Bird, Kreklow, and Wallace are going to win this team plenty of ball games, but it’s Solomon and Kravish who could help differentiate them.

Percentage and number of three pointers that Ty Wallace hit last season for the Pac-12’s worst three point shooting team. I love Ty Wallace’s game but he needs to learn that his game isn’t to be firing from deep. In fact, see Exhibit Quotable…

Outlook: Maybe I don’t love this Bears team but there’s plenty here to like. I’ve discussed balance. That can cause problems for people; as does a Mike Montgomery defense. The Bears have had a top 50 defense in each of the last three seasons under Monty and project to have the 29th best this year per KenPom. Speaking of which, it might be worth noting that Ken rates Cal as the fourth best Pac-12 team and 36th in the nation. A season ago they wrapped the year rated 56th OR, twenty spots lower than they currently project. By my amateur math, this would suggest that the Bears are improved despite the loss of Crabbe. But enough quantitative predictions. I think Cobbs is senior enough to Dance with help from Bird and a much improved Ty Wallace (might be my favorite player in the league). And yes, in my final sentences, I’ll acknowledge that Cobbs suffered a foot injury. I don’t think this will prove a major set back. He ain’t missin much. Look at how cool new Haas is: 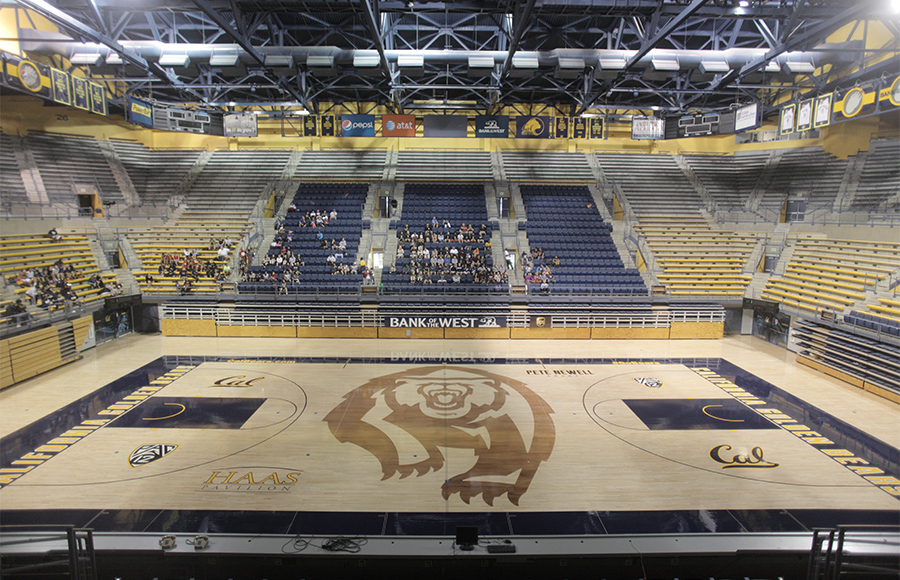 3 thoughts on “Getting to know Cal: A balancing act”