College basketball lost Dean Smith this weekend. You’re probably familiar with his basketball achievements and they’re markedly impressive: 879 wins, 2 NCAA titles, 11 final fours, 17 ACC championships, 4 time coach of the year. Dean Smith was a basketball genius. But he’ll be missed because he was cherished as a great man. Familiarize yourself with his precious memories and know that it was all true.

I was in a heated text exchange following Arizona’s loss to ASU. The incoming messages were shredding the Wildcats, all but giving up on a 20-3 team thought to be the third best lineup in the country per Ken Pomeroy. As a self-proclaimed glass half full guy, I thought the Wildcats’ loss was one of those things that just sort of happens. We’d seen the recipe work before, they’d move on. TJ McConnell and Rondae Hollis-Jefferson continued to play great. Alas, the point here is that I want to find a positive about the Cougars. They were swept by the Oregons this weekend, both of whom essentially had their way with the Cougs. Oregon did as they wanted offensively (1.32 ppp) while Oregon State throttled things defensively (allowed WSU just 50 points on 0.83ppp). The silver lining? Josh Hawkinson had two double-doubles!

Appreciated seeing binary on my phone moments before settling into A Most Violent Year. 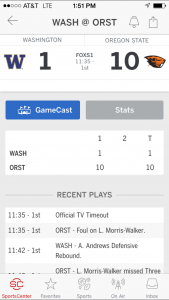 Here’s a movie telling the story of a hard working, virtuous man who consistently tries to do things the right way when others around him maybe aren’t. Kinda reminds me of Lorenzo Romar – a virtuous coach doing things the right way, he just isn’t really seeing the results he wants. It’s currently five straight with Arizona (and me!) headed to Seattle. What once felt like a promising season has fallen apart quickly. I mean, 22 turnovers at Oregon State with a guard heavy lineup? What’s going on?

I’m a big fan of road wins. The Trojans didn’t win on the road. But they came to the Bay and gave a competitive effort and when a team is struggling, effort can often be the barometer by which we judge some of the less talented teams. It also lends itself to improved competition in which buzzer beaters and closer margins. Did you know the Pac-12 has the highest rate of blowouts in the nation? 23.4% of Pac-12 games result in a scoring margin greater than 19 points. So USC, winning or otherwise, is helping to create a better product. What’d you think of it all, Andy??

“I thought it was a really good college basketball game.” – Andy Enfield

We call it a sports season because it comes and goes. They predictably begin and end but bring different opportunities and outcomes each year. This is just one of those seasons for Colorado. Their lineup never gelled, they can’t get everyone concurrently healthy (Booker missed Saturday’s game against Utah just as Josh Scott returned), and its seemed to be a pretty jealous affair in Boulder. So maybe we just have to blur this one out.

My favorite line from Titus’ Power Rankings last week was, “Rick Barnes is Barnesing this season more than any season Barnes has Barnesed before.” So now re-read that quote and replace BARNES with DAWKINS. Amiright? Nothing quite says “not ready for the big time” like losing at home. I know it happens and it can often go excused. But this one came in the wake of their puzzling WSU loss. We could’ve excused that one, too. Road losses happen. Look at Arizona (three times over) or – if you need to look outside the Pac – Duke. They’ve lost, by a large margin I might add, both at home and on the road. Unless you have 12 lottery picks, you can’t win them all. But you can react better than following a puzzling loss with another puzzling loss. Maybe I’m offering too steep of comparisons in Top-10 teams. But I expect more out of a team led by an eighth year coach (who just might be Dawkinsing all over the place but nevertheless) and two seniors who’ve been through this fire.

Remember when we said there was a recipe to beating Arizona? It involved attacking Brandon Ashley and Gabe York in isolation. Well, Savon Goodman was 7-8 from the field and Tra Holder 15 points and 8 assists and the Sun Devils blasted another poor effort from the Arizona defense.

I always love it when the PacHoops GotW turns into a great game. Evidently not everyone reads PacHoops: 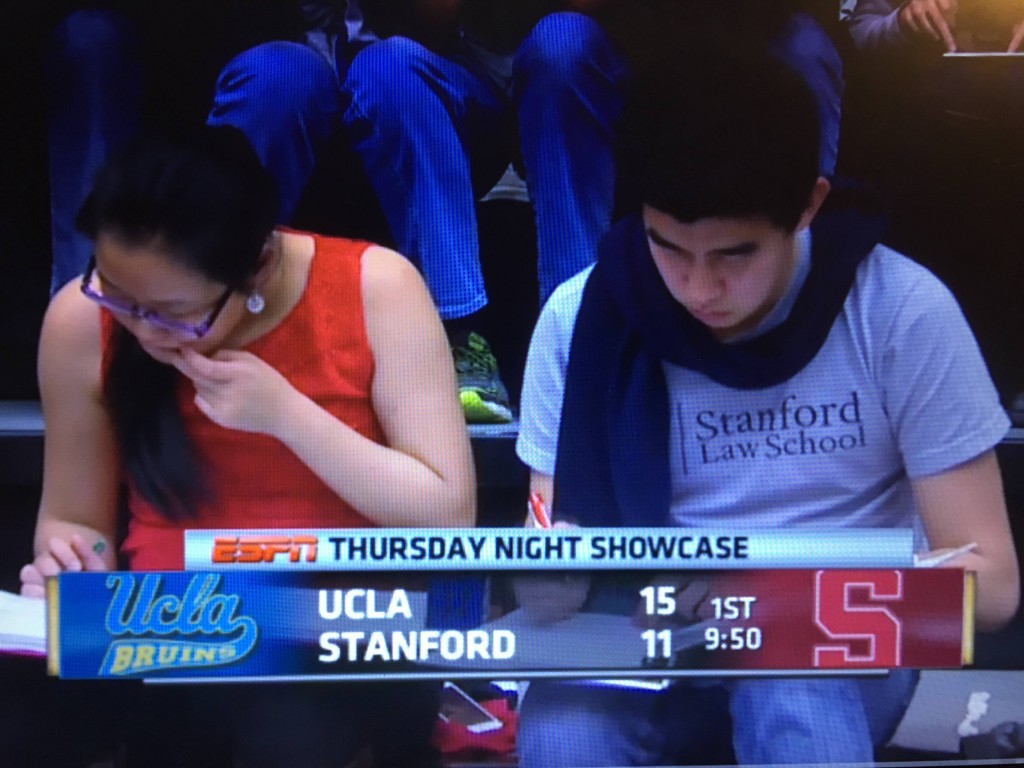 The Bruins jumped out to a big lead and Stanford came storming back. The Bruin win, while charging home from Santa Clara, had my pal Jamie and I tossing around ideas of a UCLA team in the NCAA tournament. Then they lost to Cal and Jamie and I went back to discussing Pangos’ hair.

When asked about the ‘miracle‘ of the OSU season, GP2 had this to say and I love it:

A few weeks back I wrote about whom to blame for the slowing of college basketball. Blame is now moved squarely onto Wayne Tinkle. But the reason makes total sense so we can blame but we can’t hate. The name of the game is to win and Oregon State is winning.

Player of the Year conversations are interesting to me. So often they’re prefaced with, “He won’t win but he deserves to be in the conversation.” I’m not really sure what that means. And while I’m sure that Joseph Young is not going to win the Pac-12’s Player of the Year award, I’m going to talk about him, not because he “deserves to be in the conversation,” but because he’s really good at what he does. What does he do? This weekend was quintessential Young – Youngonian – in that he took 30% of his teams shots, connecting on 22 of them. He also grabbed 10 boards and dished 8 times against WSU – if you’re keeping track that triple-double territory. The Ducks sit tied for fourth in the conference with an outsiders chance at controlling their destiny. Like walking a dog that too strong for you – they’ve got their season on a leash, we’re just not sure who’s in charge yet. One thing we do know, the Ducks will go as far as Joe Young can take ’em.

3a) Taiyuan University of Technology

Did a search for the best college basketball teams in China and this is what I learned about this school which indubitably has an impending offer from Larry Scott to join the Pac. From their wiki page:

The man basketball team of this university has continuously won 14 championships in Chinese University Basketball Association northwest district, thus is honored as the “Northwest King” and among the national top eight every times.

That resume is as good as any the Pac can offer to the committee, so why not?

The #Curtain holds no secrets pic.twitter.com/hTLggrtVez

Arizona is now 24-44 (55%) from the charity stripe in Tempe during their current two-game losing streak there.

When I linked to A Deeper Look at Runnin’ Utes’ 3-point Shooting, it was my hope that you noticed Brandon Taylor. He goes perhaps overlooked considering he’s the more traditional looking of the point guards on this lineup (read: short). He’s shooting 57% from deep during conference games which is absurd when you play alongside a guy like Delon Wright who is getting 50% of his offense at the rim (creating!) with 57% of his assists resulting in a three pointer. Remember last year when we called ASU’s connections from Jahii Carson to Jermaine Marshall a Jahishall? How about a Delaylor? Wrightaylor? Delondon? Anyhow, you get my point.