Let’s see what you’ve got.

I give pause here. Obviously Arizona @ Utah is a colossal game. We’re in unfortunate times when there are just two ranked teams in the conference; and when they play, Pac eyes should watch. Mine will be watching from a bar/grill/restaurant somewhere deep in Yosemite (confirmed ESPN is available and Happy Birthday, Sean!). For the Utes, this game could be the difference between a three and a five seed. Bracket matrix has them an aggregate 3.44 seed, second best amongst the threes. Alas, the real thing at stake here is Pac-12 supremacy. Banners. As it is today, Arizona has a pretty strong hold on the #1 seed in Vegas. But co-champions is still a possibility and a welcome one to Utah. The ‘Cats still have a tough game – albeit a home stand – against what projects to be a desperate Stanford Cardinal. The Utes, conversely, travel to the hapless Apple State. Like I said, co-champs is in play. Saturday.

But the sexy, ranked opponents don’t comprise our game of the week. The GotW belongs to Oregon @ Stanford. Where basically two teams will be gladiating for a spot in the NCAA tournament. This is it. You could argue that both have OPPORTUNITIES following this contest to evoke postitity surrounding their resume; however, a home loss would cripple the Cardinal and the Ducks are already walking on dental floss to the Dance. Ducks and Cardinal for what will probably amount to the third – and final – Pac-12 invitation (though I also wouldn’t be surprised if UCLA swept their last 3 games against UW, WSU, and USC, secured the 4 seed and wound up in the Pac-12 semifinals, lost to Arizona, and got a play-in 11-seed).

Washington State @ USC. Although it projects to be the fifth win of Andy Enfield’s USC career, that doesn’t necessarily scream must see television. You know what is? Citizen Four. Or catch up on House of Cards which drops Friday. I also just watched episode 1 of The Jinx. Haunting.

If you think your team still has something to prove then you’re right. And if your team is UCLA, Oregon, or Stanford you’re spot on. Of course this section has begun to take the theme of road warriors. We’ve now asked Oregon State and UCLA to show us something away from home. They went a collective 0-4 as our ‘Something to Prove’ team. So who is it this week? Oregon. They had a helluva home stand last weekend, knocking off the Utes in their season’s signature win. But now they’re faced with three consecutive road games to close the season. Joe Young will never play in Eugene again (unless the Ducks pay to host a CBI game in which case: Go crazy, Joe). But if Oregon falters this weekend, Joe Young might not play another game after Vegas (they’d likely get an NIT invite).

If playing on the road is an OPPORTUNITY to display toughness, hosting a weekend is an opportunity to demonstrate stability. We call it #TakingCareOfBusinessAtHome. UCLA has got to do it but I’m really eyeballing Stanford right now. Those guys are playing their way out of the NCAA tournament and are about as trusted as a Grecian bank note. 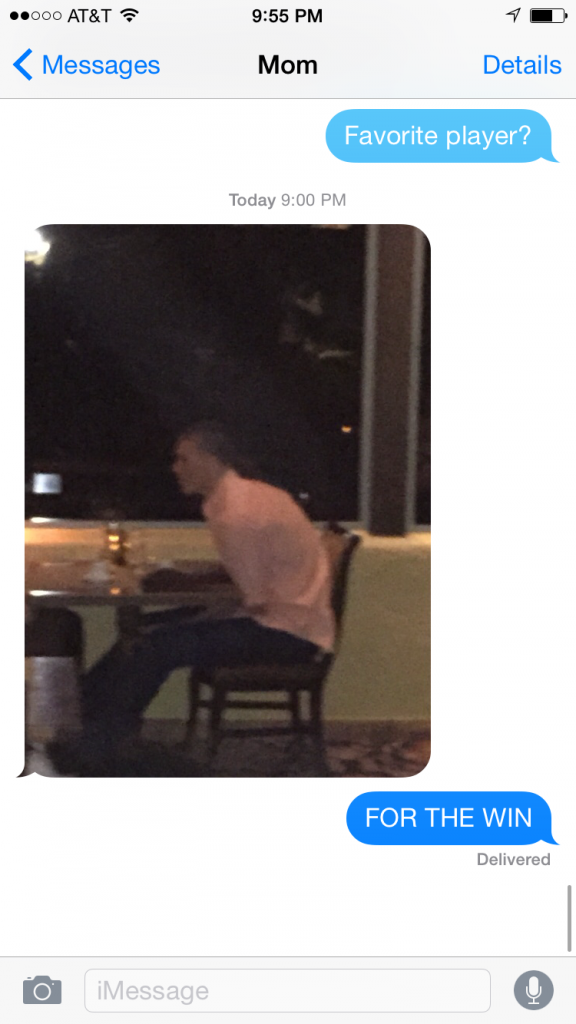