I may rag them and say that they’re “Dawkinsing their season as much as any season has ever been Dawkinsed.” But Stanford remains the third best team by Ken Pomeroy standards (we put a lot of merit into those here). So, with that being the case, Stanford @ Utah is our GotW because it’s the game featuring two of the Pac’s three best teams. I’d say that’s a very logical means to declaring a GotW. Let’s go next level. Because if we really are lauding the health of this conference, these are the kind of matchups we want to see. And I’m honestly split on which game outcome would be more important to the conference. Do we want top heavy? Does it even matter. And does it make me a hypocrite that I don’t really care about overarching conference health? All that matters in the college game is who the committee selects. So if we’re hunting for the game with the most on the line, why wouldn’t we focus on Westwood? Oregon @ UCLA features two teams that – if nothing else – are being mentioned by Joe Lunardi and appear on more-than-one-occasion at bracketmatrix.com. That has to be our game of the week because it’s got the feel of a mid-February elimination game. And we’re always out for blood.

Certainly not Arizona @ Washington. I’ll be there you guys! Who’s coming to The Duchess and/or The Ram with me? I can’t wait to pretend to be a Husky undergrad. The game is set to be a Blackout which worked out really well the last time I visited one of those. Regardless, I’ll probably be in a red shirt – easily spotted -so come say hi!

The game(s) you really should avoid is also involving a Washington school and an Arizona school but of the “state” varietal. Arizona State @ Washington State is at 8pm on a Friday night before a 3 day weekend. Is that what you want to be doing? Go make a new friend.

Both UCLA and Oregon are appearing on bubble watch lists. Conveniently, they play one another this weekend. We long windily called it our GotW. But let’s not short change this section. All of the State of Oregon has something to prove this weekend. The Ducks have been flying under the radar – to some extent – and Oregon State hasn’t done anything on the road. They should win at USC. Or at least they’ve built themselves into a scenario where winning isn’t a surprise.

It’s been five straight for the Washington Huskies. There was a time when this season held insane promise. The Huskies were ranked thirteenth in the nation. They were ranked a baker’s dozen from #1. And now they are losers of five straight with arguably the toughest tandem – certainly by KenPom rating – paying them a visit. And while I am paying Seatown a visit, that doesn’t necessarily mean great things for the basketball program (although, if you really need something to cling to, the Giants have won 3 World Series since I moved to San Francisco). Should things balloon to seven straight, we might not be having conversations about just losing basketball games.

Always with the right thing to say. 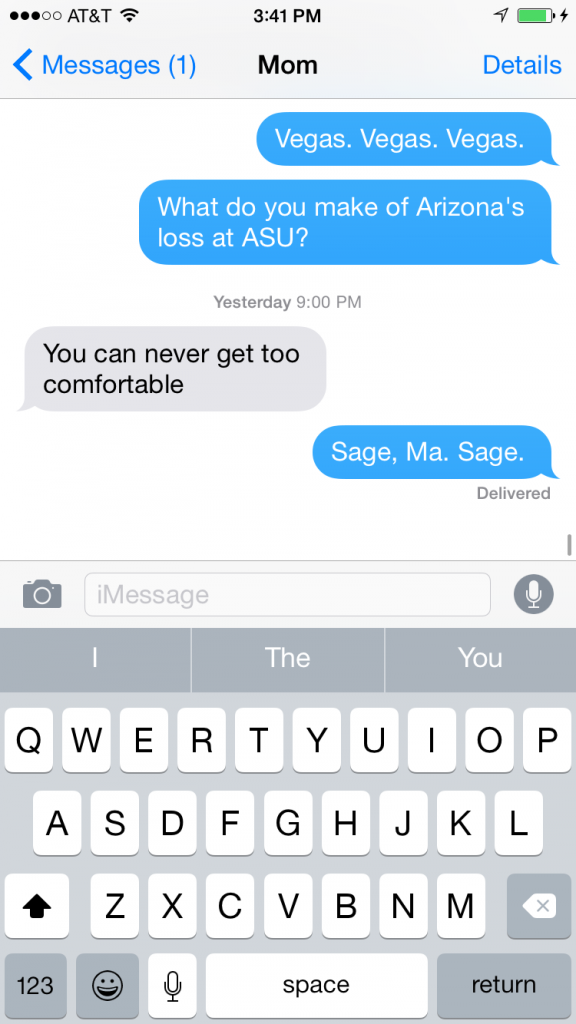