Here’s the thing, Poeltl has always been good. And then he got better. He took greater usage and turned in greater efficiency. He improved his rebound rate, turnover rate, and – most impressively – his free throw shooting percentage. He was tasked with getting better and he did. The best. 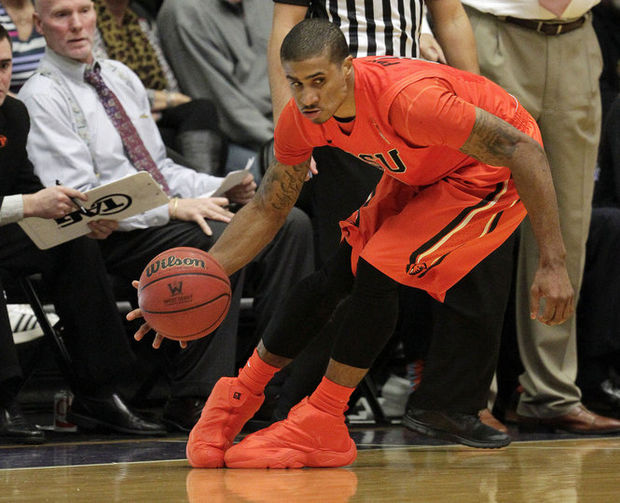 Look I’m just going to run a team out here with the following five and ask who wants a piece? 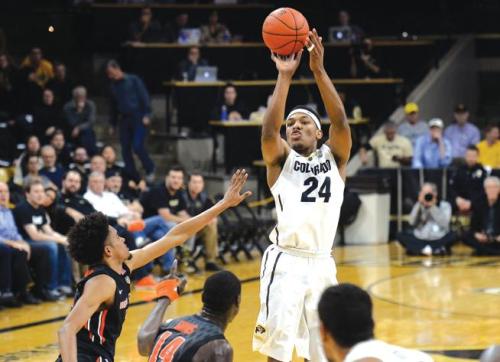 Can’t disagree with the coaches here. Also can’t abbreviate this award because I think MIP is a bad acronym on a college campus. Alas, who takes a sophomore red shirt after a 2ppg freshman campaign and then does what King did? Not many. And then he turned it into 13ppg. 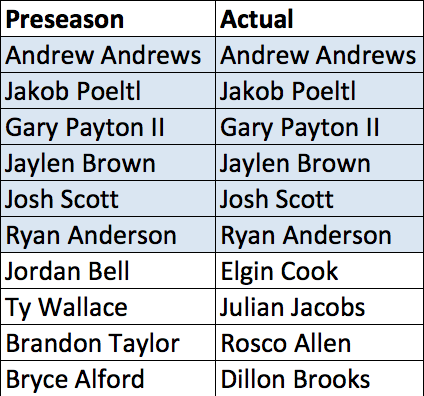 Six-out-of-ten ain’t bad, right? Although the top six really weren’t bold picks, to be clear. Two are repeat first teamers, in fact. It’s ultimately not worth our type-space noting their merits. Instead, let’s look at where I went WRONG:

Jordan Bell – I was super high on this kid coming out of last season and I continue to be. His season never quite took full flight, hampered by a broken foot in the off season. I don’t know how much that affected him for the entire season, but his minutes dropped from last year. He did, however, improve in many categories including his offensive efficiency suggesting he’s poised for continued success.

Ty Wallace – Can’t fault me for picking him and can’t fault the conference for giving him second team. He’s a great player, a fantastic defender, and a complete bully to inferior opponents.

As for those who did make it, Julian Jacobs isn’t a great shock to me, very happy for Rosco Allen who had a glamorous season on an unglamorous team, and Dillon Brooks might’ve won the Pac-12 player of the year award had it not been for – yanno – a lottery pick. But let’s highlight Elgin Cook’s performance. Look at his scoring in Pac-12 play:

Missed it. Was actually pretty far off when you consider Bell lost minutes to Boucher (and injury) who might’ve won the award himself. And, ultimately, GP2 is just really good. I expected Bell to make a big sophomore leap and I suppose I wasn’t that far off – he did improve on the offensive end. But Oregon’s upside really rests in its offensive flexibility and Bell hasn’t attempted a three all season. Is he the carnage of the dying four?

Nailed it but it’s not as close as you think. Ivan Rabb was the most consistent. Tyler Dorsey and Allonzo Trier were nearly identical (13/4/2 and 14/3/1). And Dejounte Murray may be the coolest.

Whelp, Chapman’s season was about parallel to the season prior and he never quite cracked the minutes threshold to be an impact player. His teammate, Kyle Kuzma, however, began that jump into the all-conference tier. That said, continue to keep an eye on the Utah local, Chapman.

Altman did a terrific job with the 2016 season. He had stability in his roster and managed to roll out the most consistently good team in the conference. Is it any surprise that a roster with 60% of its minutes returning was the toughest team to beat? In fact it’s important to note that it’s not surprising. Furthermore, it’s important to note that SURPRSISE should not be the requirement for Coach of the Year.