Maybe it’s the corners of the internet that I hang out in but for the leaders of the Pac-12 everything seems quiet out of Eugene. Or surrounding it. I suppose that’s how Dana Altman likes it, though maybe not Elgin Cook, and while that loss at Stanford stands out on an otherwise special resume, these Ducks are as poised as any team to make a run to the final four (Houston not Vegas). Their achilles heel, if you haven’t paid attention, has been on the defensive end where, like all teams, they’ve struggled on the road where they’ll play their final two conference games: 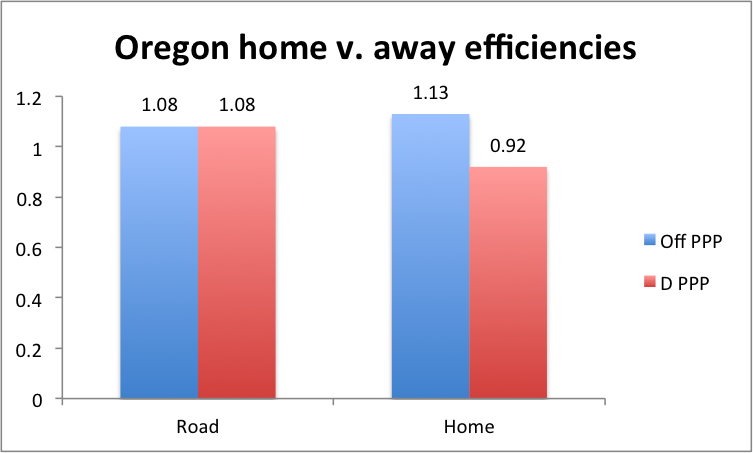 They’re winners of six straight by an average margin of 17 points with a lottery pick leading the way and a senior guard closing out his career/season strong. Over those last six games look at Brandon Taylor’s numbers:

They’re winners of seven straight by an average margin of 15 points with a lottery pick leading the way and a senior guard closing out his career/season strong. Over those last six games look at Ty Wallace’s numbers (he’s only been a part of 6 games during that 7 game win streak)…well the numbers don’t quite crunch out the same as they do with Taylor’s meteoric return to glory. But let’s highlight something totally different, something about the collective: Cal has the Pac-12’s top rated defense. One of my favorite CBB sayings is that “defense travels” and while the Bears were at one point looking like an abysmal road team, they recently picked up their first conference roadies as they head to Tucson for a big Thursday night game.

The Biennial (no touching): 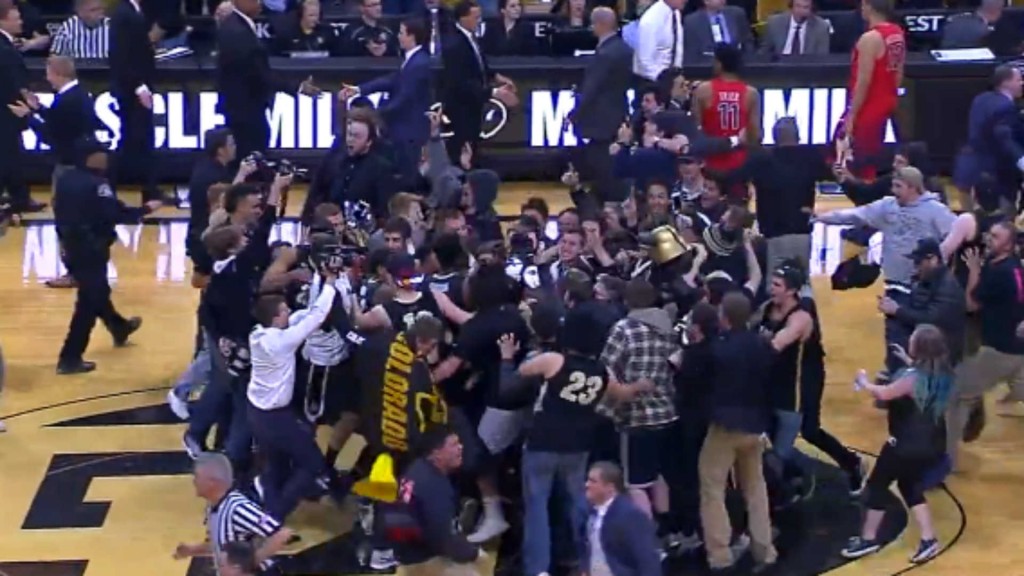 Close only counts in horseshoes and hand grenades and so a buncha close losses ain’t gonna mean much. So here stand the Wildcats: benching their senior star to begin the second half at Utah (and doing great without him), playing their starting PG just 12 minutes in a critical road game, and looking squarely at a very realistic Wednesday afternoon game in Las Vegas.

The Beavers are dancing in 84 of 98 brackets according to Bracket Martix. I don’t know how predictive that percentage is but it feels like a very high number of bracketologists thinking the Beavers will be dancing. Of course I could play the Road Woes song right now (it’s definitely an acoustic) as the Beavers have won just one conference road game.

What’s happening here? The Trojans have lost five of six and have looked nothing the part of NCAA tournament team, getting blown out in many of those contests. Oh, there it is, it’s their defensive trajectory: 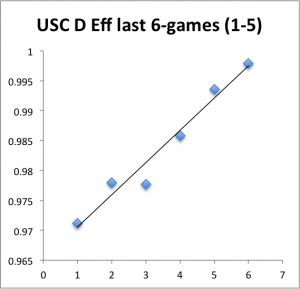 What’s going on here? I guess you knew the Cardinal had to start making shots at some point, right? Winners of four-of-five, they’re shooting 43% from distance. It’s not a remarkable number, but quite a difference from their 31% in conference play. Look out in Vegas??

With one game remaining, the Huskies rank second in offensive average possession length (APL). Here’s what I propose: In Wednesday’s Apple Cup, just go for it. They trail UW-Green Bay by just 0.2 seconds per possession. Green Bay’s season, meanwhile, is over (conference tournament remains). The Dawgs need this because you really can’t celebrate a 2-5 finish* to conference play.

*assumes a win vs. WSU on Wednesday

It’s honestly better written than I had expected.

Last week Andre Spight left the program, leaving the Devils with only eight scholarship players to play at the weekend’s altitude. They’ve now lost four straight by an average of 24.25 points per game including back-to-back losses to Arizona and Utah by a total margin of 74 points.

According to KenPom, the Cougars have a 12% chance to win tomorrow night in Seattle. That means they have an 88% chance of finishing the conference season 1-17 and on a 16 game losing streak. I once coached a little league team that had lost 16-straight (might’ve been 17, we were awful). Heading into the final double header I said, “Hey let’s try something new and win one!” Kids all laughed and then got mercy ruled in 1-11. Between games I gathered the squad in right field, lecturing them (barking) that they can control just one thing, effort, and if you aren’t going to even try it’s not worth playing. My left-handed shortstop raised his hand, “Coach, can I say something.” I gave him the floor and he cited an amended version of the speech from Remember the Titans. We won in extras.