Arizona: Someday Allonzo Trier will play basketball again and that’ll be nice. He’s a phenomenal talent and will make that team much better. Which team? I dunno. How much better? If it’s the 2016-17 Wildcats that’s increasingly difficult to say. This group hasn’t been particularly impressive. By no means have they been bad. There’s a lot going on. However, for a team replete with youth and inexperience, it’d be nice to see consistency if not improvement from the most experienced players:

Those are drops in offensive efficiency of greater than 15%. For Allen, there’s an incalculably significant collapse in assist rate (I could calculate it but this is the first time PacHoops will post the word “incalculably,” I checked!). Of course Arizona is fine. They’re a good team. But this is a group that’s going to need a lot more time than a pre-season #10 ranking might suggest. Especially without Trier raising note of what the shorthanded Wildcats may be missing. Arizona isn’t feeling the effects of Terrence Ferguson to Australia so much as the departures – and presumed development – of Justin Simon and Elliot Pitts (or even Craig Victor) and the genetics of Ray Smith. The freshmen have been nice, but unless they’re lottery picks (Lauri probably is one which is nice) they’re not to be depended upon.

Oregon: Have you followed the 2016 memes and how seemingly everyone wants to kick it in the ass and get it off the calendar? That’s Oregon sports right now (Helfrich had to call Mullens about his own job status). The future remains bright on the fir-ed hardwood but, because we’re process people, doubt has to be creeping in. Continuing the above theme of comparing players to themselves, let’s look at Casey Benson:

Dorsey hasn’t been too bad and had a nice game last night against Boise State last night. Meanwhile, Benson’s production has dropped way off. We could expect that to some extent as his 2015-16 4.9:1 assist-to-turnover ratio was outrageous; as was his 125 Ortg. It’s lofty. Things will likely normalize for Benson, perhaps not to 125 but not 94 anymore either. He’s a ball conscious guard who isn’t soon going to forget how to pass/dribble/decision make. The concern, however, might be in style for Dorsey who is taking a far higher percentage of his shots from the perimeter and not getting to the line. Is this a product of system and having an increase in guards or just a slump? The former could be concerning for Oregon’s offense. The latter is like whatever.

Utah: While I think non-conference schedules are a little overrated, especially as it pertains to Power-5 conferences, Utah’s is pretty weak. It ranks 333rd per KenPom. That’s not a criticism, just a note that for a team that brought in as many new bodies as they have, we’re really not going to know much about them. In recently hosting Butler (cool name!) they were competitive but lost and the Bulldogs (unoriginal name!) completed their Pac-12 sweep (RIP my Wildcats’ undefeated season). Oh, and Kyle Kuzma is for real. 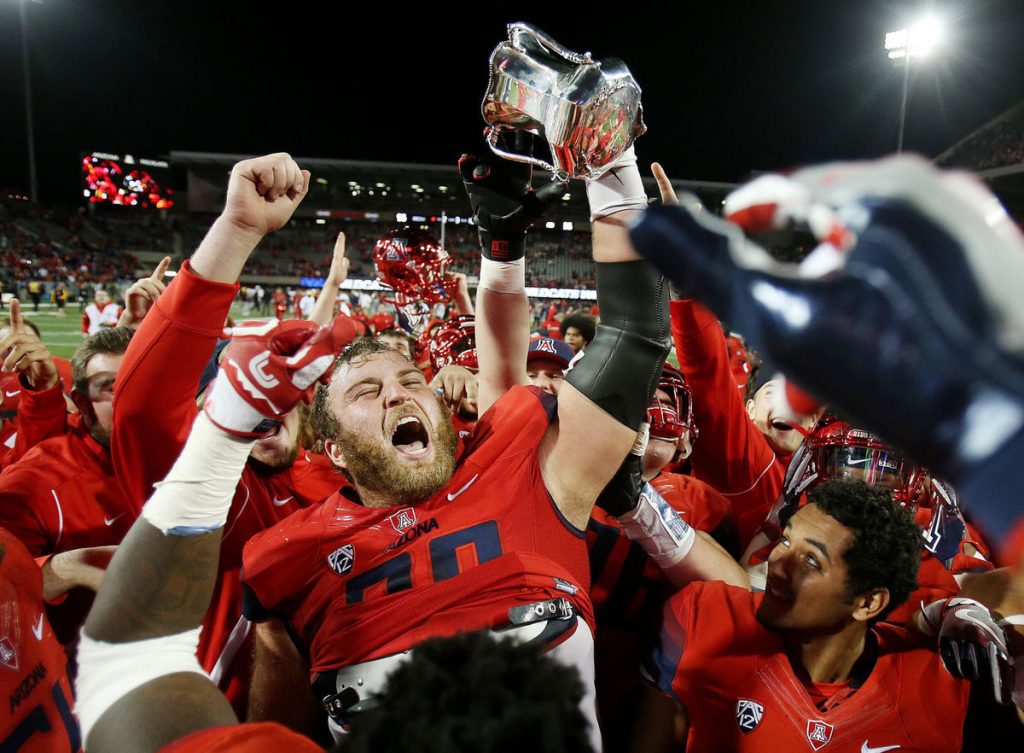 Shoot. I should keep this professional. After all, my mom and aunt had a very serious and long (about 45-seconds which is eons in mom-sports-talk-years) about how upsetting it was that the Ohio State fans (remember, mom and aunt grew up in Columbus) would boo both the Michigan players and band. I thought to interject but chose to appreciate – or perhaps more aptly, be thankful – that mom spoke about sports. On to professionalism: Arizona State lost 115-69 to Kentucky so at least ASU bros got a chuckle out of team output.

Colorado: Home of the Pac-12 South Champs AND Derrick White. The D2 transfer has been very solid thus far and that’s both impressive (to me) and encouraging (to Buffs fans). Because as I saw it, this season didn’t hinge on him but rather on the return of Xavier Johnson and progress-if-not-leadership of Wes Gordon. Let’s check in on the two seniors:

Stanford: I was really hoping that this team would go full Roy Williams (recall: Jerrod Haase learnt everything he’s ever learnt about basketball from Roy) and play at a pace that only Lorenzo Romar could outpace. Alas, I don’t think that’s going to be the case. But this is a team that’s already defending at a very high level (19th highest defensive efficiency which I’m also inclined to believe is a combination of pace and opposition) and that’s already been to Shanghai. Also, while all eyes are on the Pac-12 freshmen and Chris Boucher on the cover of SI, don’t forget about Reid Travis Reid.

USC: Did anyone read any blogs about Elijah Stewart being a breakout player? Well he currently has a 124 offensive rating and is shooting only 46% from 2pt FG range. Ok, so this is a sustainability concern as I’d prefer to see him connecting more effectively inside the arc and drawing more fouls (already at a career high FTrate). But the junior is a career 39% 3FG% so I don’t see that going anywhere any time soon. The Trojans haven’t yet been thoroughly tested but a true road win at Texas A&M speaks loudly of this team’s toughness when it was perhaps questionable following last season’s late meltdown. It’s a long season though.

UCLA: 100% of Bryce Alford’s 19 three pointers this season have been assisted. In his previous three seasons his shots from distance have been assisted at rates of 63%, 58%, and 83%. In those seasons he shot 37%, 39%, and 39%, respectively. This season he’s shooting 44%. An assisted three is an easier three and now consider yourselves further warned because I said he’d shoot 43% for the season. Look out. This is the Pac-12’s best team right now and it isn’t close. Furthermore, I’ve only mentioned your least favorite Bruin. Lonzo Ball is currently the Pac-12 MVP, TJ Leaf has given more effort than Tony Parker gave during the entire second half of last season combined, and Isaac Hamilton hasn’t missed a beat despite career low minutes (career high usage, however, for all you Bryce haters).

California: Forget Ivan Rabb and Jabari Bird! Welcome to the Charlie Moore show. I mean, who doesn’t love a feisty Chicago guard? And if you don’t know, Moore has carried Cal through its first five games, taking a Jaylen-esque usage (27.7%) at a Rabb-like efficiency (124 Ortg).

Washington: The Dawgs are matching last season’s 13.6 average possession length! Well, it’s currently 13.5 and is the third swiftest in the nation behind only Savannah State (normal) and BYU. Let’s keep an eye on this, promise? In the even more fun fact department, Washington is about to play the rare TCU Horned Frog back-to-back. They played each other in the championship of the Global Sports MTE Classic (that name just feels classic, right?). That was Saturday and the Huskies lost to Jamie Dixon’s new team, 80-93 (Fultz had 27). Next up, however, is TCU, tomorrow, in a scheduled home game, begging the question: Is Alaska Airlines Arena at Hec Edmundson Pavilion worth 14 points?

Oregon State: I’m not sure how to look this up but I’m curious the most 2-pt field goal attempts in a game has been without a free throw attempt? Oregon State’s Drew Eubanks scored a career high 32 points on 15-21 shooting inside the arc. In taking 10 shots at the rim and 11 shots just beyond (according to hoop-math and not Synergy), Eubanks was fouled only once. I find this odd for a big man. But if you consider the opponent (Southern Oregon) perhaps it makes more sense. Congrats, Drew.