Here is my Friday night drinking alone at San Francisco international in photos and tweets:

If https://t.co/sOBZfUGfI1 had metrics on Allonzo Trier’s return, it would be 99.9 pct he’ll be Arizona’s first sub at Pauley on Saturday 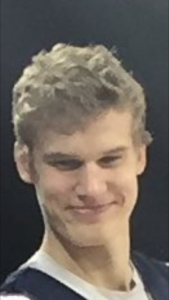 If you pay attention to the national scene, Oregon was the golden goose of the west and then they lost twice before Thanksgiving and everyone quit. Since that Georgetown loss, however, their efficiency differential (raw, not adjusted, so harp the SOS in my DMs) is a savage 28.9. In conference play, that differential is 30.9 and your team’s isn’t. They lead the Pac in offensive and defensive efficiency.

Want to know why UCLA is fourth? Watch TJ Leaf:

According to Synergy Sports and my advanced intellect, here is where Ivan Rabb ranks (nationally) in the number of double teams he faces: 3rd in doubles per game, 4th in total doubles faced. He second defender approcaches Ivan on 22% of his possessions (up from 12% last year) where he’s scoring 0.987 ppp (well above average).

If basketball is evolving to be more jump shot friendly then it doesn’t bode well that – according to Synergy Sports data – the Cardinal rank 335th in points per jump shooting possession at 0.805. Conversely, UCLA leads the nation at 1.232. That means that if a jump shot is taken, UCLA is scoring nearly 1/2 a point more than Stanford.

The Cougars are the third worst offensive rebounding team in the country. That’s at least by rate but considering their average pace, I thought we could see exactly how many offensive rebounds they’ve obtained: 95. Of which Josh Hawkinson has grabbed 37%.

Cal fans: If you’re curious what the aftermath of an All-American caliber big man looks like, Colorado is 0-7.

Will not be featured on CBS’ February 16th show.

One thought on “PacHoops Power Rankings: Late to the game”