Someone out there with more intimate knowledge and feelings for football can perhaps wax about last night’s sports. It was pure sports. We asked for a championship and we got a championship. Legends were cemented. Hyperbole can be tossed around with the Brady name like a goal-line play call. Sports. And in the interest of brevity – with plenty of moments in our week of Pac-12 hoops from Askia’s 43 to Singer’s step back – I’m drawn to this old clip from Don Cheadle.

END_OF_DOCUMENT_TOKEN_TO_BE_REPLACED 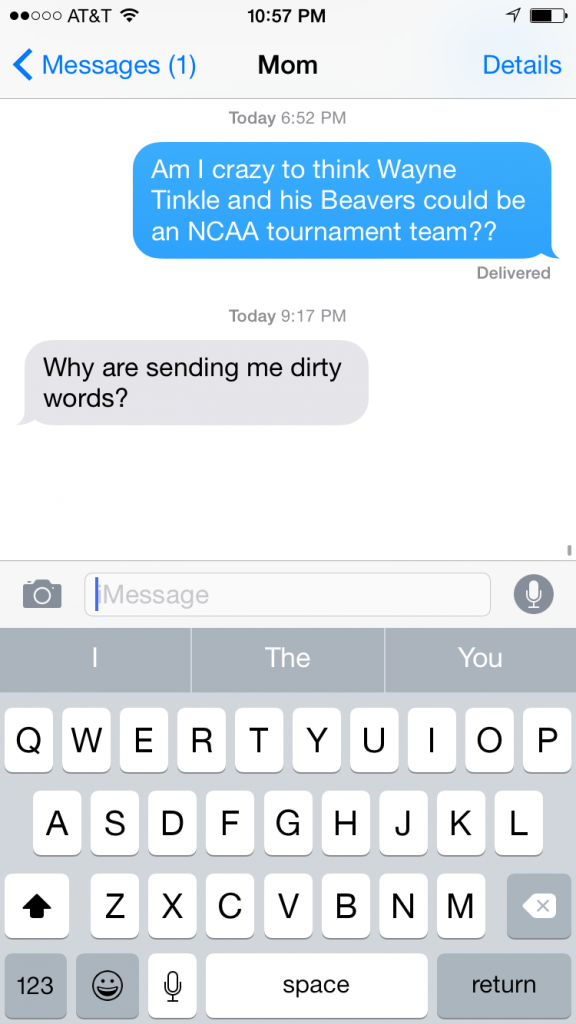 Shake off your food, or otherwise, hangover, get your mind around the fact that this guy is an All-Time great, and don’t kick anyone that comes into your cube at “top-speed.” Now that I’ve talked you into embracing your Monday, realize that Selection Sunday (three teams) is just 34 days away.

The weekend that was:

Leader in the Clubhouse: If I’m not mistaken, for the first time this season there is  one team atop the Pac rankings: the Washington Huskies. They beat UCLA thanks in large part to Josh Smith’s lack of conditioning (plus a zone defense) and handled USC. Beating UCLA was huge for them. It may have been sloppy but wins trump aesthetics as the season is quickly wrapping up. Here’s some fun stats I came across on the twitter-sphere courtesy my buddies over at Montlake Madness: excluding the USC game (which should be exempt from most any statistical reporting), during UW’s four-game win streak into first place, Terrence Ross is scoring 18.3 points per second half compared to 3.0 points per first half. In addition, his shooting jumps 46% (19% to 65%) across halves. So while it sometimes feels like he disappears in a games, playing with the bravado of a Ryan Appleby talent as opposed to his own, the numbers don’t lie. Ross scored 10 of UW’s final 12 points over the final five minutes of the UCLA game, leading the Huskies back from a six-point deficit. Lots of people have talked about UW going as Tony Wroten goes, and while TW has played great, I repeat: numbers don’t lie. TRoss is going. The Huskies are rolling. Look out.

Game of the Weekend: Lotta candidates here. From Arizona holding on at Haas to UCLA closing out WSU to the Huskies finishing off the Bruins, there were great games abound. But the GotW was Colorado’s victory over the visiting Ducks. This was a back-and-forth battle that came down to controversy. Here’s the thing: you create your own luck. Nate Tomlinson certainly did, drawing a foul with 0.1 seconds remaining and the score tied, then hitting one of two free throws to seal the win. He was aggressive, made a play, won the game, next! But please do watch the video below and note Tomlinson’s acknowledgment of the official who made the call. Love it. It’s become increasingly apparent that unless you’re in black and gold, you ain’t winning at altitude (more on that later). Beating the Ducks was huge for Colorado. It gives them some breathing room as they head into a treacherous close to their season. They head to the road (2-4 on the road this season) for five of their final seven. It isn’t going to be easy the rest of the way but Colorado is a tough and gritty squad. Also, it’s time to start talking about Spencer Dinwiddie and Askia Booker as conference FOY candidates.

The Big Loser: Oregon State’s been nothing short of disappointing since the opponents became conference foes. Sure, they split the Ski Trip, but they weren’t even competitive in their most important tilt (at CU) on the heels of their big three game win streak. I want to like Craig’s team, hell, they carried the torch of Pac-12 glory through the early season (Texas!) but the proverbial ball has been dropped and the First Seat is heating up. Robinson has now been at OSU for three-plus seasons and their win totals read a little something like this: 18, 14, 10, 13. The axe won’t be flailed this year, losing a coach is too expensive, but things need to brighten in Corvalis soon or we could see the first bit of Pac-12 Network basketball dollars going to use in the PNW.

What We Learned: There was a lot to learn this weekend. We’ll begin with the aforementioned “you can’t win at altitude,” referencing the growing meme. While it’s certainly a fun something for fans, it’s a lot realer than that. Boyle’s Boys are 31-3 at the Coors Event Center since Tad became head coach two years ago and are 7-0 in conference play this season. And this non-phenomenon has nothing to do with Boulder sitting 5430 above the sea and a whole lot to do with their talent, coach, and fan base. The Buffs, however, hit the road for five of their final seven, a stretch in which we’ll learn a lot about CU. Roll Tad. You know what else we learned? Jorge’s a hot head and Joe Pasternack has a bad scowl, but kickgate was non-news. Move on. Onto things like Arizona’s impressive Bay sweep. The ‘Cats handed Cal and Stanford their first conference home losses and looked the better team in doing it. In short order, Miller re-focused his group coming off that emotional home loss to UW and the end of Kevin Parrom’s season. The mercurial Josiah Turner is playing lock down defense and, while he’s not quite there offensively, has a second speed that is going to make ACE a lot of money on ankle wraps. Fun fact: Stanford scored as many points, 43, on Saturday, as former Arizona guard and Bay Area assassin (this and this), Momo Jones, scored individually for Iona Thursday night. One final point of learning: Josh Smith uses the regular season as his conditioning. Last season Smith and the Bruins were able to turn that into an NCAA Tournament bid. Not happening this time around. But check out his steady increase in output as the season progresses. He’s become consistently better as his conditioning improves, shocker right? Why he won’t get into shape prior to the beginning of a season is beyond me and beyond, more importantly and unfortunately, Ben Howland. Look at his 2010-11 output to see the same thing. Will he figure it out? Who knows but it’s too late this season to do anything beyond play spoiler.

Early Week Youtuber: I’ll open by apologizing that I can’t embed this video. This is a wacky ad – just watch it – but confirms that agencies and/or companies are moving away from making sense and selling random. Evidently its worked because I’m sharing with you their content. This video captures the randomness movement and serves as a convenient metaphor for a Terrence Ross game: mellow to bold. Enjoy.